A Special Press Conference to inform the media and general public about the development initiatives that have been carried out in the last two years under the patronage of President His Excellency Gotabaya Rajapaksa’s National Policy Framework ‘’ The Vistas of Prosperity and Splendour” , Hon. Prime Minister Mahinda Rajapaksa and Hon.Finance Minister Basil Rajapaksa through virtual Zoom technology was held on 29th of September 2021(Wednesday) at noon at Governor’s Secretariat under the chairmanship of Hon.Mrs.P.S.M.Charles, Governor, Northern Province.

While commenting on the discussion regarding development progress of the Northern Province, the Hon. Governor shared her remarks on recently released G.C.E O/L results and indicated that education activities had carried out through virtual learning , Staff of the Education sector helped for those who were unable to access virtual learning and as a result of the committed service of the authorities achieve the output of Seventy Two percentages (72%) and also added that students achieved the best results in Maths , English and Science particularly in the villages like Thunukkai, Kilinochchi and Madu zone of Mannar district. In that Manner, She revealed that scored 67.65% in Maths, 62% in Science and 57% in English and expressed that even though esthetic subjects results were not released yet, approximately 72% of the students has been qualified for the entrance of G.C.E Advanced level and also said that not received the provincial evaluation report yet.

Moreover, Hon.Governor shared her remarks regarding results of the last year G.C.E Advance Level. She indicated that Northern Province steps forward from the level 9 to level 6 in Island wide and expressed her gratitude to the committed and dedicated service of the respective authorities of the Education sector and the secretary, Ministry of Education, Northern Province. Notwithstanding, she further stressed that ,Northern Province must achieve the peak in Education sector. She further insisted that, the contribution of the media is a must to guide the students towards a right path in order to enhance the physical skills and life styles of the learners through the publications on social media, electronic media and newspapers and indicated that vacancies are filled out largely in Northern Province ,from rural places to other places particularly in Maths, English and Science. She also indicated that New Zonal Education Directors has been appointed and they are working diligently and also added that since the lack of infrastructures in the rural areas were indentified, currently initiatives directed towards them. Furthermore, she also stated that developments are carried out as occupying 80% of the funds of this year.

While sharing her remarks on the subject of Agriculture sector, she pointed out that last year achieved the target of 100% in paddy cultivation in Yala season as expected , 90% in primary crop cultivation like black gram , 96% in vegetable cultivation and 50% in tuber crops. Apart from that, a warehouse which is a must for farmers is being built at Mullaitivu District to store 1000 Metric Tons worth goods. She also mentioned that 100 million worth 10 warehouses are currently being built in the five districts of the Northern Province and expect to establish the facilities for storing approximately 870 Metric Tons worth goods.

Furthermore, Hon. Governor mentioned that permission has been granted to establish the Provincial Department of Agriculture, Northern Province in Mankulam and it is now under construction. She further revealed that as the agricultural activities are largely take place in Vavuniya, Mullaitivu ,Kilinochchi and Mannar the Provincial Department of Agriculture shifted to Mankulam and pin pointed that it would be advantageous for farmers.

Moreover , Hon. Governor marked that 500 million worth fund allocation was received for the organic fertilizer production of His Excellency President and procedures had been already designed and implemented by the Agriculture Associations to distribute the funds among the farmers of the Northern Province. She further indicated that steps has been taken to supply equipments and building facilities for the farmers in order to achieve the target of 100% in three months. Therefore, it has been instructed to take the necessary steps to produce organic manure in the residence of farmers in order to obtain safe and maximum amount of output.

While expressing her remarks regarding the Department of Animal production and Health ,it has been insisted that 40% of the personnel had been recruited in this sector and a new machine has been purchased to increase the production of chicken at the level of 5000 in order to produce chicken every month in Livestock Industry.

Also, Hon. Governor outlined that new buildings are being built in Mannar District, price of the milk is increased from 60 rupees to 65 rupees among the milk productions and 2900 acres land has been released for pasture land with the consent of Forest of Department as a result of the discussion with Hon. Minister Douglas Devananda and Hon. Minister Mahindananda Aluthgamage for the pasture land issue reported by the cattle farmers for a long time. Plans are designed for making the land beneficial for cattle as well as the permission has been granted to establish the Department of Animal production and Health in Mankulam and inceptive measures are being carried out. She also added that Departments are being shifted to several parts of the Northern Province with the goal of expanded the development and for the easy access of Agriculture and Livestock services and also stated that 2200 million worth Jaffna-Kilinochci water supply project and 3200 million worth Eranaimadu water tank development project have been completed , apart from that funds has been received for the identified 03 important projects after the discussion with Treasury and also told that 84 projects are being initiated by the Department of irrigation this year and 14,535 Million Rupees is in practice through these projects in which 2200 Million Rupees worth Jaffna-Kilinochchi water supply and sanitation project has been completed and rest of the 80 projects are being in process.

Moreover, Hon. Governor stated that the most important Kuurai scheme which was abandoned in Mannar District, Northern Province is being renovated through the direct funds of Treasury ,Rs.150 Million. She also added that, Even though Government made an effort to acquire the water through Eranaimadu Water Tank for a satisfactory level of water supply for Jaffna Peninsula it fails ,where as water supply scheme for Jaffna is now being permitted and implemented with the special approval granted by His Excellency and with the assistance of Hon. Prime Minister and three lakhs beneficiaries would derive the advantages of it and $ 266 Million funds allocate for that. Further , she added that It would be ceremonially inaugurated by Hon’ble Prime Minister from Temple Trees at Thalaiyadi on next 06th .

Following that, Hon. Governor Shared her remarks regarding housing schemes. She noted that, a few housing schemes are being implemented within the boundary of Provincial Council and 59 houses have been fully completed(100 %) through the allocated funds. Additionally , government staff contribution for COVID-19 fund had been distributed among the labeled sufferers and 75% of the works are being finished so far, while 26 houses are being built through Provincial Specific Development Grant and 90% of their works are being done.

Besides that, Hon. Governor underscored that, development activities are being carried out at the cost of Rs 18,000 Million accredited by Urban Development Authority , they are mainly targeted towards Jaffna town as well as focused towards Mannar, Vavuniya,Mullaitivu and Kilinochchi and those details could be notified later.

Additionally , Hon. Governor mentioned that ,several development projects are being executed in all the Districts through the funds provided for the Department of Health , directly provided the infrastructure and equipments facilities to Provincial Hospitals together with furnished the infrastructures for the Primary Care Hospitals with the funds received from Central Government. She also marked that acute shortage of doctors has been partially solved as a result of the discussion with His Excellency President and Hon. Minister of health , comprehensive solution would be achieved in the upcoming month and it had been agreed to recruit 280 Doctor vacancies.

Likewise, the Hon. Governor expressed regarding the social security of young people. She further added that ,youth security, language development , vocational training ,utilise the dropout to rejoin the school and providing vocational training for dropouts are currently being implemented in Northern Province and also interpreted that as a result of a discussion with Indian Government to construct hospitals at Mullaitivu and Mannar , request has been submitted to the Indian Government through Ministry of Health for the construction of those buildings and Indian High Commission also assured to accomplish that. A part from that , database is being generated to notify the details of the 65,000 women-headed household victims and livelihood assistance plans for the women-headed households and are being examined by the respective authorities.

Further, Hon. Governor notified that ,plans would be implemented to enhance the livelihood of the 65,000 women-headed households as a result of the discussion held last week between Hon. Finance Minister Basil Rajapaksa and the Governor’s representing all the provinces. She also added that, development measures which lead for a enormous advancement in past had been executed in the sectors of Education , Health , Irrigation , Agriculture ,and Livestock under the visionary leadership of President His Excellency Gotabaya Rajapaksa , National Policy Framework ‘’ The Vistas of Prosperity and Splendour” .Further ,she added that , Bus stands had been built through infrastructure and town development. Likewise , basic human survival needs are being accomplished through the projects of Urban Development Authority.

In addition , Hon. Governor pointed out that action plans are being formulated regarding tourist destinations including how to lift up the tourism sector along with Central Government , how it would help the livelihood of the people. She also noted that next year fund allocation for Northern Province would be broadly focused on basic human survival needs and livelihood.

Hon. Governor also mentioned that , there would be a opportunity available for the general public to convey their inquires and information through mail or by post. Also informed that , she was willing to assist the people or resolve the issues through the discussion with respective authorities at any time. 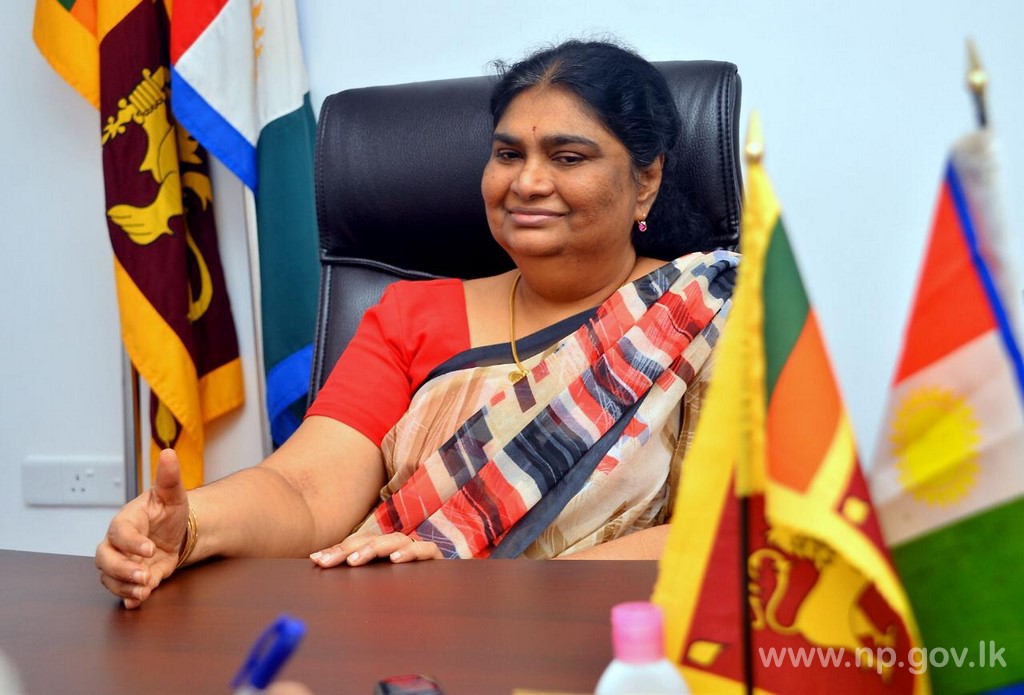 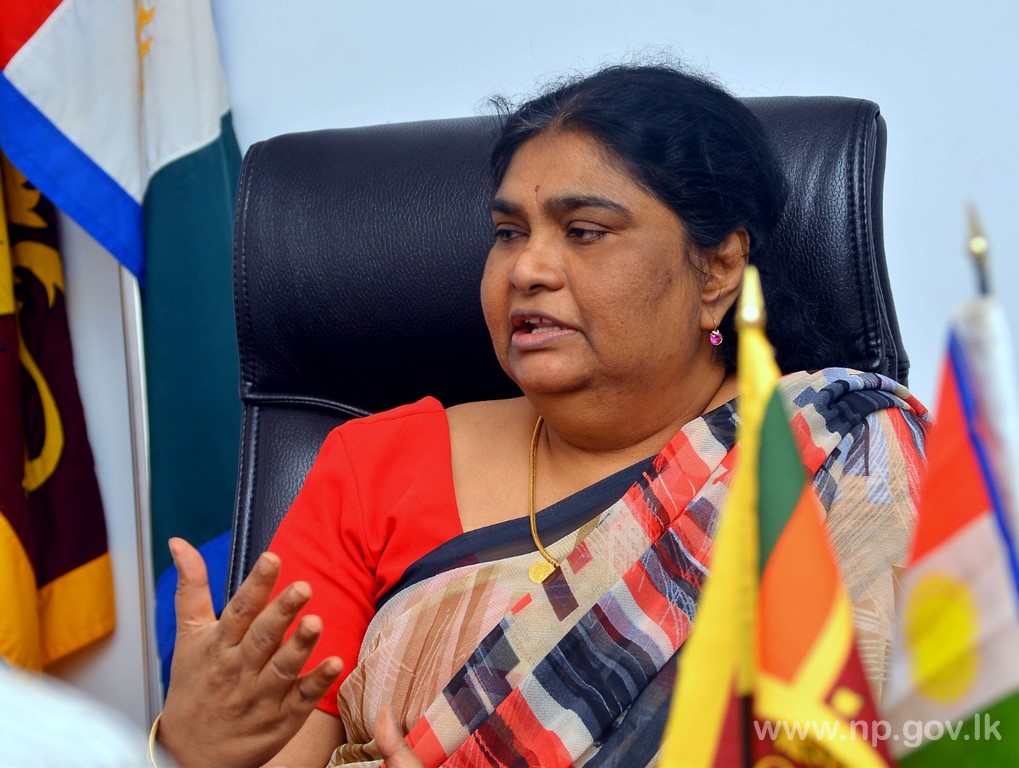