During the discussion, the Governor made a request to the Naval Commander to take steps to prevent illegal drug trafficking in the Northern Province. Their discussion also focused on the release of private lands occupied by the navy to the public again.

Particularly, they discussed in detail about the release of the lands belonging to the Naguleswaram Sacred Bhoomi and private lands which are occupied by the navy in Kankesanthurai.

Governor also requested the Naval Commander to focus on building good relationships between the navy and the fishermen who engage in fishing in the Northern seas. 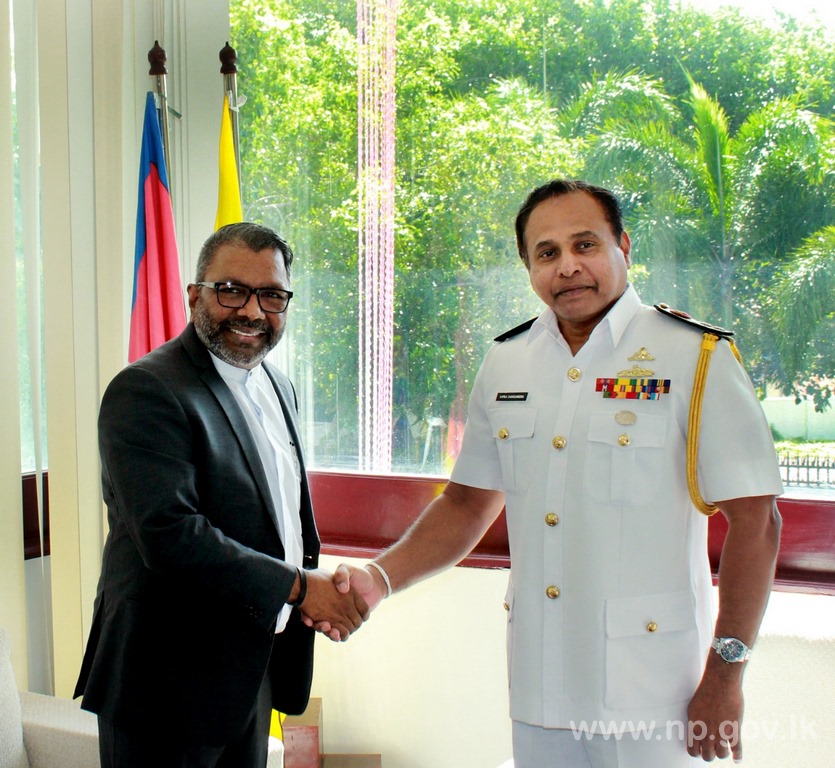