The first discussion for this year with the Ministries’ Secretaries and all Heads of Departments of the Northern Province was held on 04th January 2021 at 10 am under the chairmanship of the Hon. Governor, Northern Province, Mrs. PSM Charles.

Addressing the inaugural event, the Hon. Governor wished them all a Happy New Year. She said that we faced various challenges in 2021 and had to overcome various economic and social barriers to the development of the Northern Province. She expressed her appreciation and gratitude to the officials led by the Chief Secretary and to all the Heads of Departments who accompanied her on the completion of one year as Governor of the Northern Province.

It was the first time for me working in a Provincial Council. I took responsibilities of 5 Ministries in addition to the responsibility of a Governor as the Provincial Council has been dissolved. I also have a responsibility of protecting the people of the Northern Province from the disease during the Covid-19 epidemic and facing the socio-economic problems of the people.  All the projects which were implemented in the middle of the previous year without any budget last year have been successfully completed. She thanked the Chief Secretary and the finance committee for their support and hard work and thanked all the District Secretaries, Heads of Departments, Army, Police, and Navy for their co-operation in the covid-19 crisis of the past year.

Furthermore, Covid-19 was found to be lower in the Northern Province than in other provinces. As civil servants, we were able to contribute 3 billion rupees to the Government for the victims of the Covid-19. Rs 20 million from this fund is in reserve and it has been proposed to provide this fund for LRC land to the landless.

Further, the Hon. Governor said that she has achieved many things in the disaster situation and has found a solution to the drinking water problem which is a major long-standing problem of the people of Jaffna. The project for the Vadamarachchi area was initiated and implemented under the patronage of Hon. Samal Rajapaksa. The Prime Minister has now received Cabinet approval to provide water to the people of Jaffna. The work plan for this will be started within a month.

Similarly, a Land Commission has been set up to resolve 550 land disputes. At the initiative of the Chief Secretary, 48 new appointments have been made.

Generally, all the ministers are carrying out their duties by reforming. Transfer policies are currently being implemented. It was emphasized here that resource allocation should take place smoothly, taking into account not only the resources but also the needs of the rural people.

Hon. Governor cited an interview that appeared in “The Hindu”, the reporter pointed out that the people of Vavuniya, Mullaitivu, Kilinochchi, and Mannar think that the Northern Province administration is an administration centered on Jaffna. Therefore, the authorities were urged to find a solution based on the problem of the people of other districts.

It was, therefore, emphasized that the funds allocated for the coming year should not be spent on decoration and refurbishment. It should be used on matters which would solve the problems of the people.

She also said that schools should not just set up buildings but also water and latrines that can meet all the needs of the students. The Hon. Governor pointed out that the market buildings set up by the local councils did not have any basic facilities for females. It was, therefore, emphasized that women’s organizations should act in a way that addresses their problem in matters involving women.

The Hon. Governor also informed that steps are being taken to set up two new hospitals through talks with the Ministry of Health and the Indian High Commissioner and a solution to the shortage of doctors will be found by next March.

During the discussion, various other issues were discussed in detail. 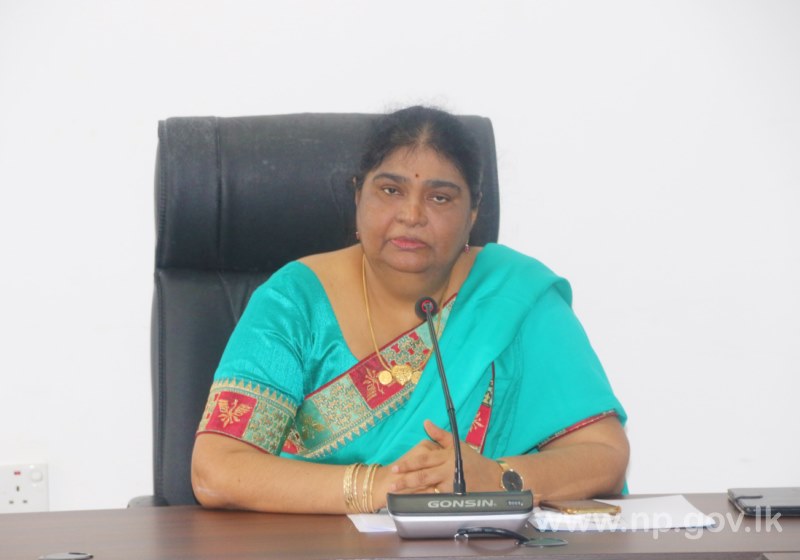 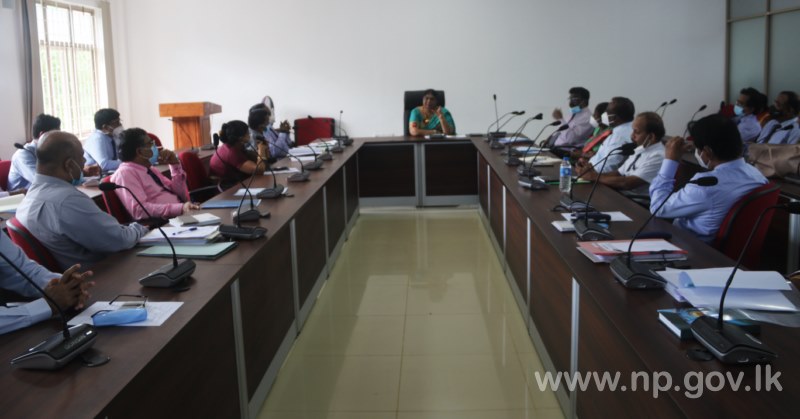