A block of state and private lands in Vavuniya district used by the Army was handed over to the civilians. An official event in this regard was held under the chairmanship of Governor Suren Raghavan at Governor’s Secretariat on 22nd January 2019.

Accordingly, 40.74 acres of state land and 13.64 acres of private land were released in Vavuniya district under the Wanni SFHQ.

It should be noted that the documents of 264 acres of private lands and 1099 acres of four state farmland used by the Army in Jaffna, Mullaitivu, Kilinochchi, and Mannar were handed over by the Security Forces Commander Lt. Gen. Mahesh Senanayake to the President Maithripala Sirisena in the event of National Drug Prevention Week which was held at Mu/Mulliyavalai Vithyananda College.  Then the documents were handed over to the District Secretaries by the Governor Suren Raghavan. 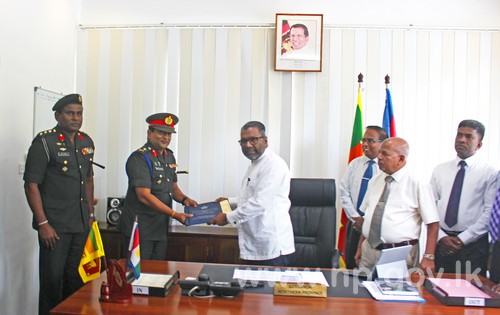 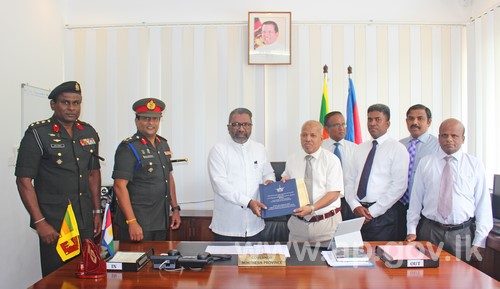