Northern Province Thaipongal, conducted by the Department of Cultural Affairs of Ministry of Education, Cultural Affairs, Sports and Youth Affairs and the 102nd Thaipongal with the collaboration of the federation of Iranaimadu tank farmers Association was held on 16th of January 2022 at 8.30 am at the premises of Iranaimadu Kanakampikai Kovil, presided over by Mr.S.Surendran, the assistant Secretary represented on behalf of Mr.L.Elaangovan, Secretary of Ministry of Education. Shri Ram Mahesh Consulate General of India, Jaffna graced the event as the Chief Guest and Mr.Thirulinganathan Additional Government Agent (Land), Kilinochchi District Secretariat appeared as the Special Guest also Mrs. Maathuki Saji and Mr.V.Nadaraja, the president of the federation of Farmers’ Association also graced as the gusts of honors.
After the ceremonial harvesting and temple worship Pongal pot was boiled while the guests were welcomed with traditional music to the venue where the event was to be held.
Following it the welcome speech was delivered by the secretary of the federation of farmers associations and the welcome dance was also performed by Janu Performing Arts Centre. After the speech delivered by Mrs. Rajamallikai Sivasundarasarma, Deputy Director of Department of Cultural Affairs, a Special speech was delivered by an additional Government Agent and the Chief Guest also Presented the speech.
Following it, dance performances were held by the forums, and books were also donated for the selected needly students in Kilinochchi. The chief guest was garlanded and wrapped with a golden shawl also honored with the memorable gift. Chief Accountant officers of department and Ministries, Artists, representatives of Iranaimadu farmers Association and Village people participated in it. 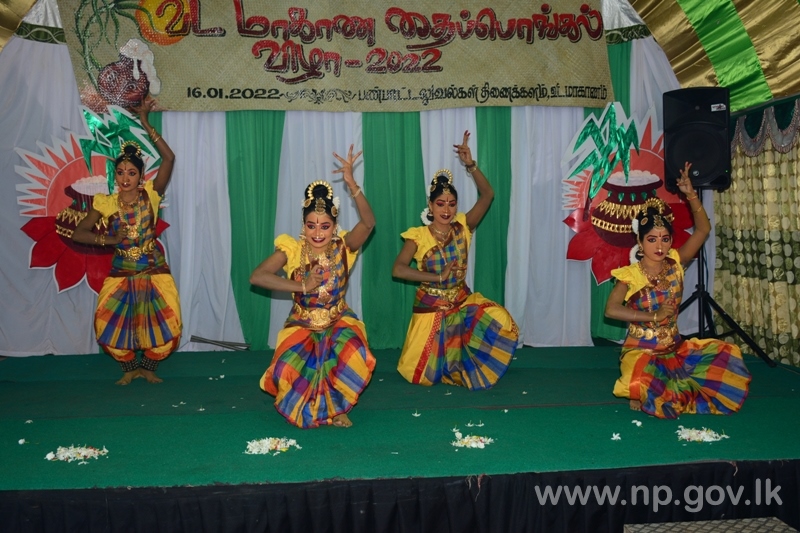 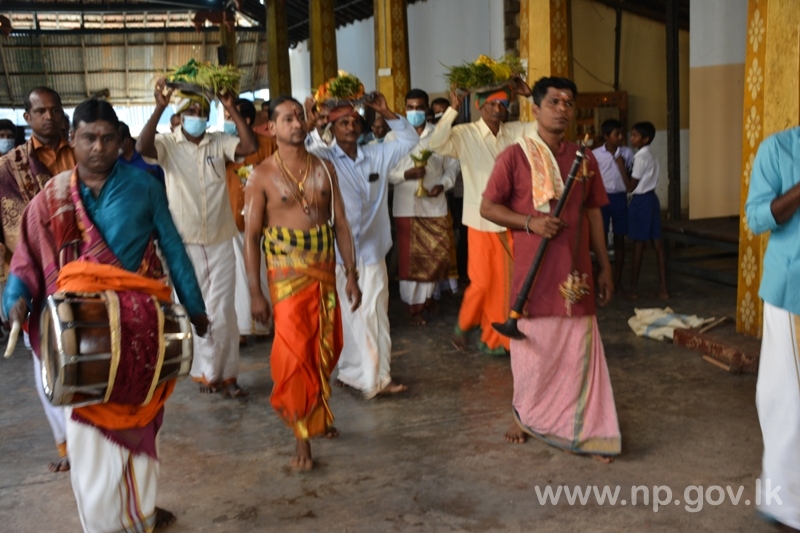 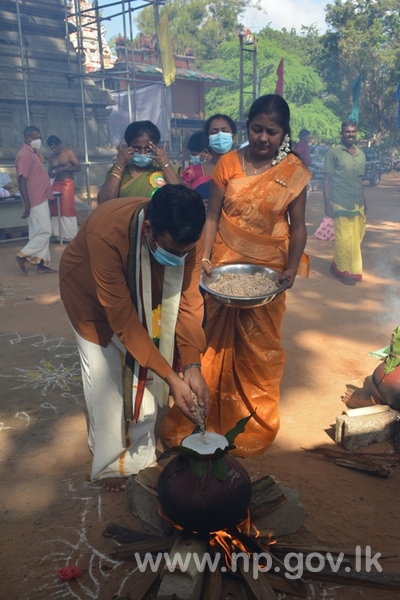 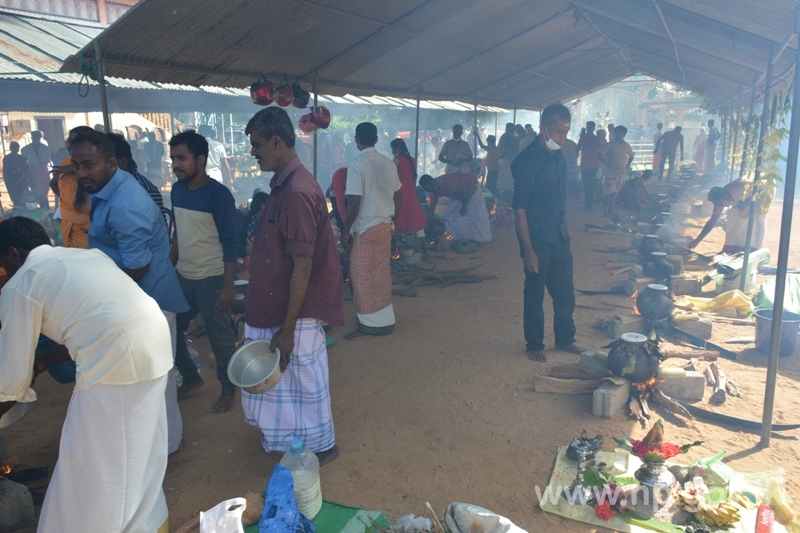 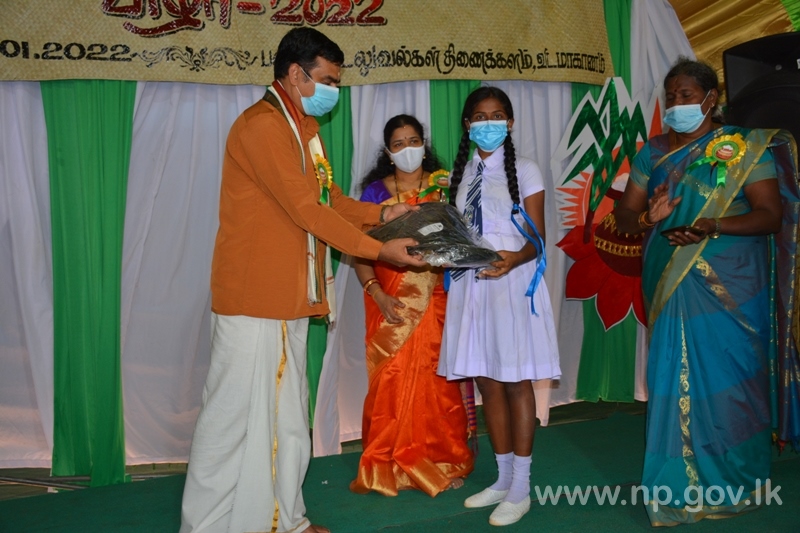 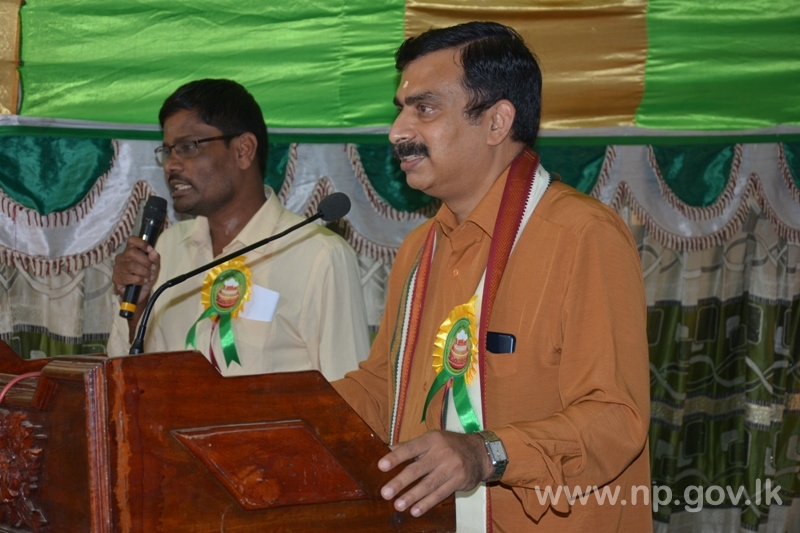 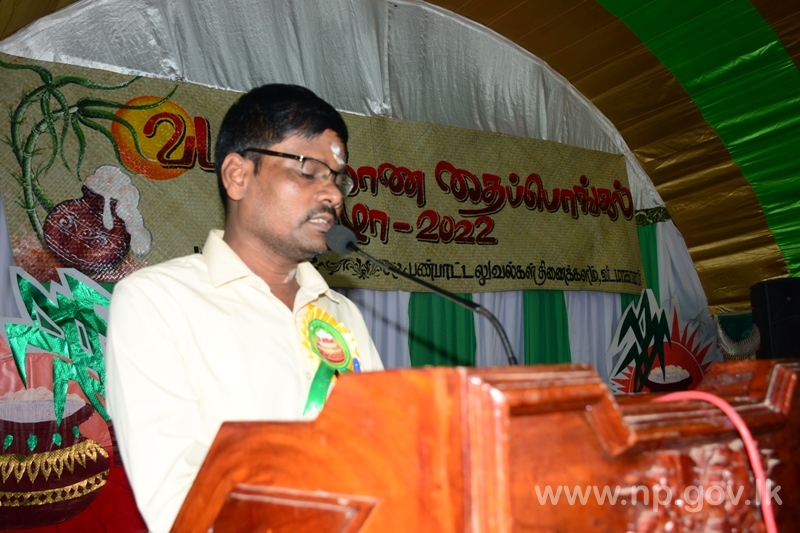 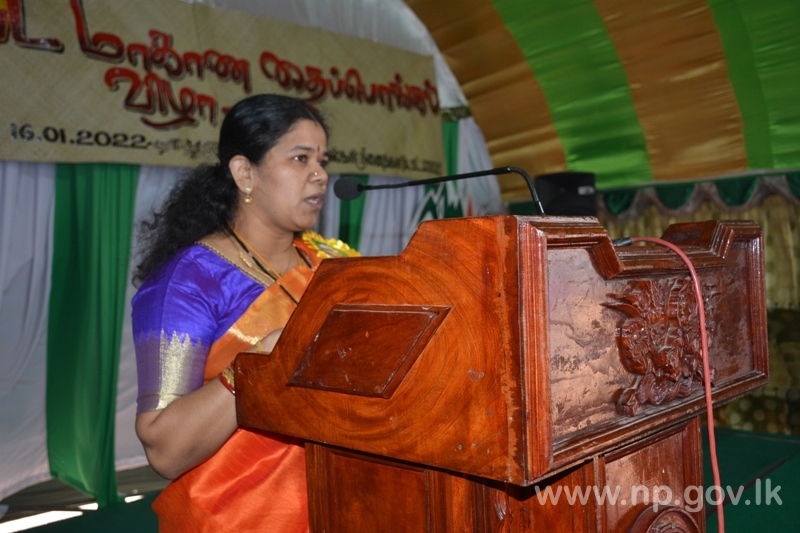 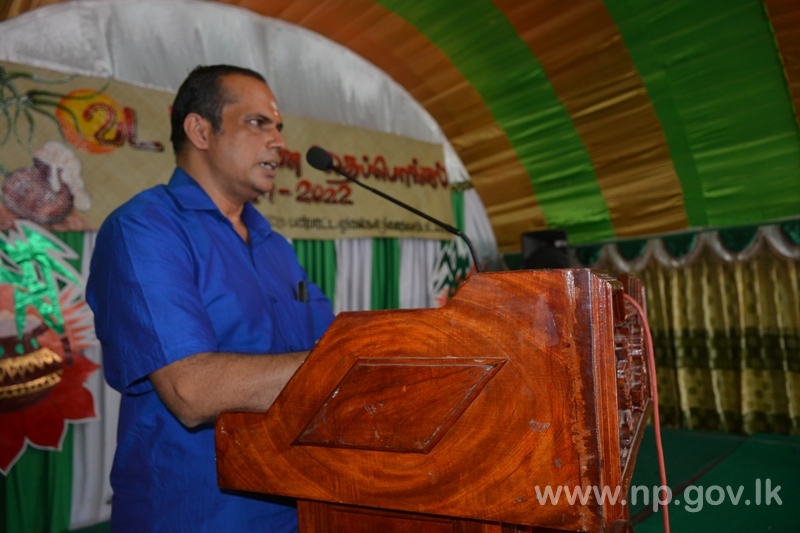 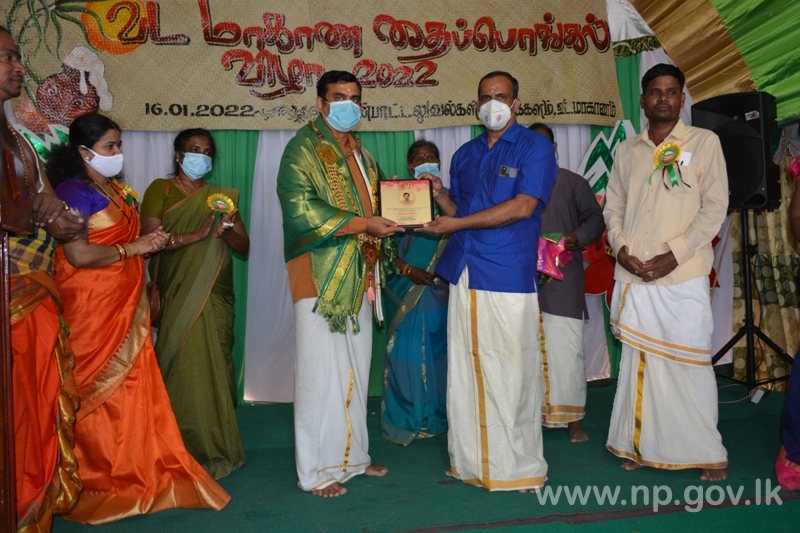 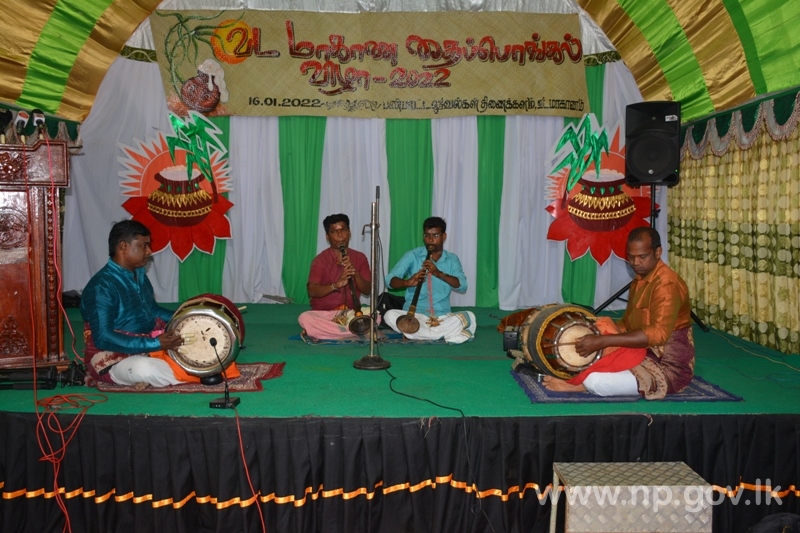 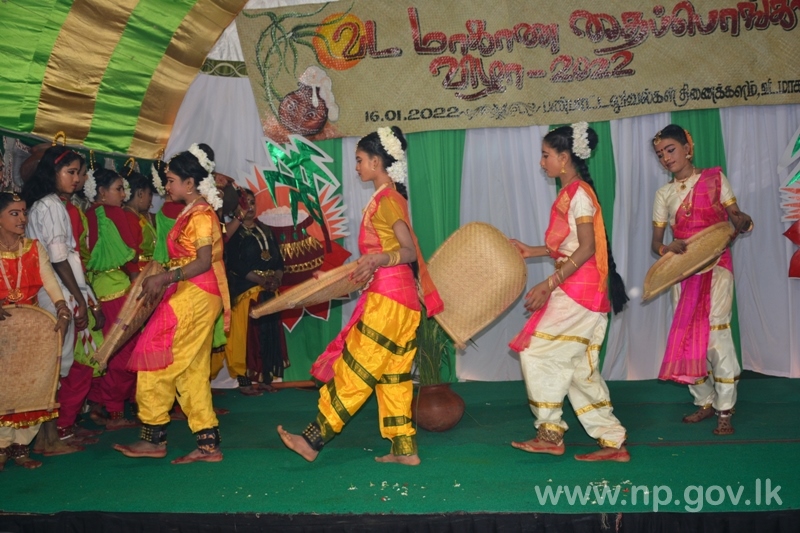 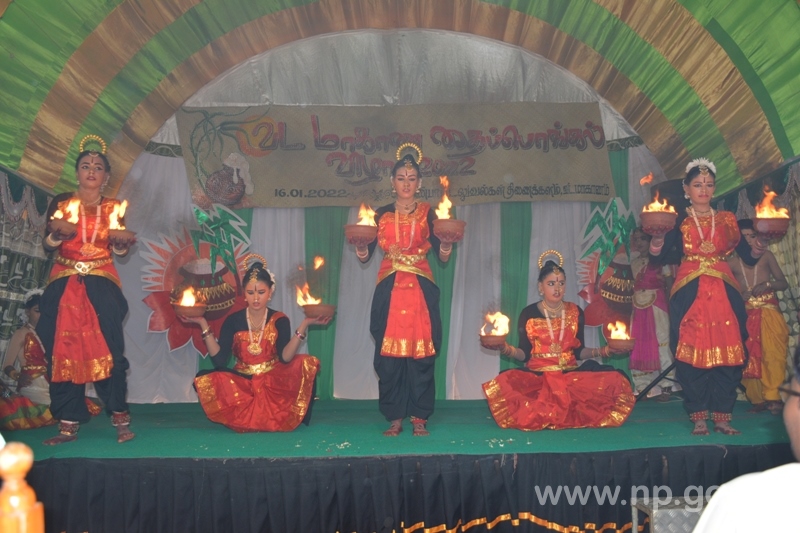 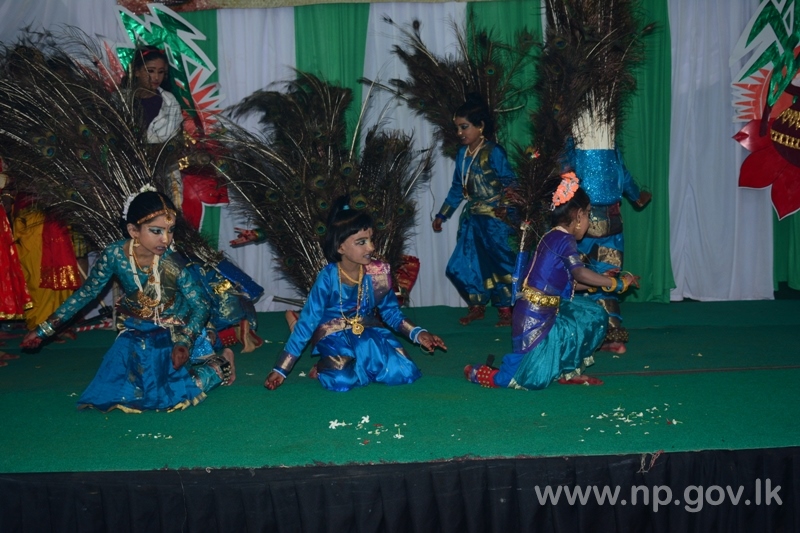 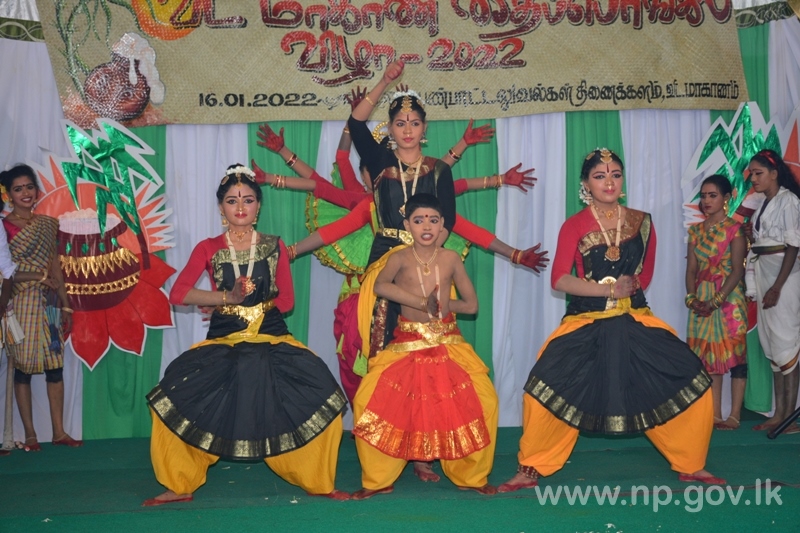