A study tour on Developing Bee Keeping for Honey Production and Enhancing Pollination was conducted to Palampitty AI Range in Mannar District on 27th of February 2020. Altogether 40 Farmers and Officers of the Provincial Department of Agriculture and farmers of Northern Province were participated in this study tour with the participation of Professor Emeritus N.Sriskandarajah, Swedish University of Agriculture Sciences and his colleague Ms.LottaFabricius Kristiansen as resource personnels.

This tour mainly focused on collecting a bee colony directly from a jungle and transfering to the bee box. A jungle identified in Keerisuddan AI range was selected for this purpose. A bee colony was found inside the hollow timber in that Jungle. The timber has been cut using a chain saw carefully and Colony was exposed. Due to the severe noise created while using Chain Saw caused the bees to abscond from the earlier place and hanged on a branch of a Palai Tree. Then an expert farmer climbed on the tree and he has caught the Queen bee of the colony and introduced it to the bee box. Then all the bees of the particular Bee Colony quickly moved to the bee box. After the colony has been established inside the bee box, it has been carried out to the nearby Farmer’s house and kept there.

The particular farmer is maintaining three bee colonies in his place and Ms.LottaFabricius Kristiansen had a practical session on how to maintain a bee colony in bee box, to other farmers who are interested to start bee keeping and conclude the study tour. 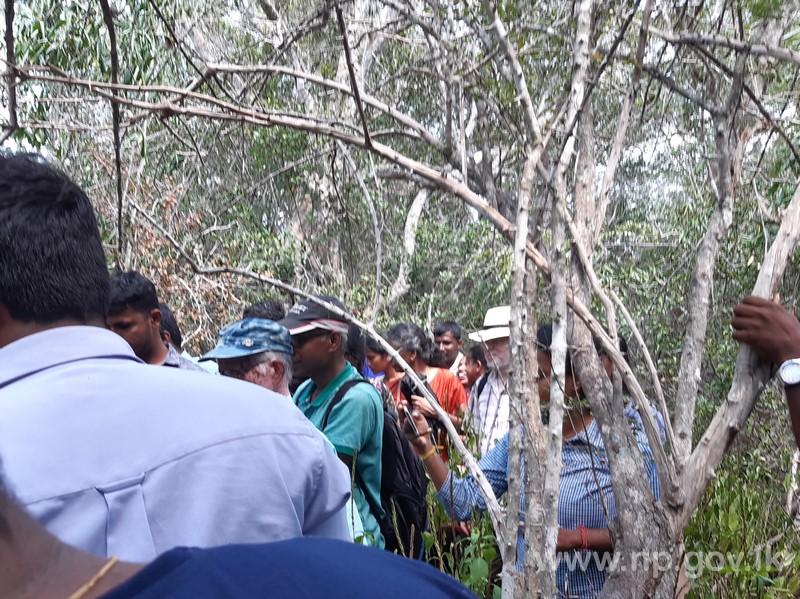