The first meeting of Inter-District Irrigation & Agriculture Forum which was formed under the guidance and advice of Northern Province Governor in order to find a permanent solution for the issues in getting adequate water for agriculture and irrigation by managing water resources in the five districts of the Northern Province.

The Governor of Northern Province Suren Raghavan chaired the meeting which was held at Kilinochchi District Secretariat on 07th February 2019.

This Forum is represented by 55 members including five representatives of the farmers from each district, five representatives from government officials and experts and District Secretary of each district. A top-level committee will be formed from these 55 members including 5 farmers and 5 government officials. Any ideas and opinions will be debated within the top-level committee and a final proclamation on water will be prepared after the discussion.

The experts in the relevant field from Northern Province, other provinces or even from foreign countries can present their suggestions on a voluntary basis to the forum. 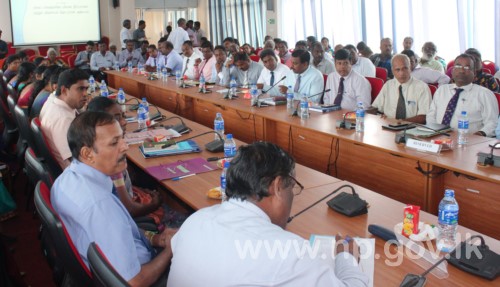