Maj. Gen. Dushyantha Rajaguru who was serving as Commander, Security Forces, Mullaitivu district for two years is retiring now. He paid a courtesy call to the Governor to announce his retirement.

Governor commended his two-year service rendered for the security of the Mullaitivu people and for the rebuilding of the district which was severely affected during the last war. He wished him for his peaceful retirement period. Governor presented him a Thirukkural book as a souvenir. 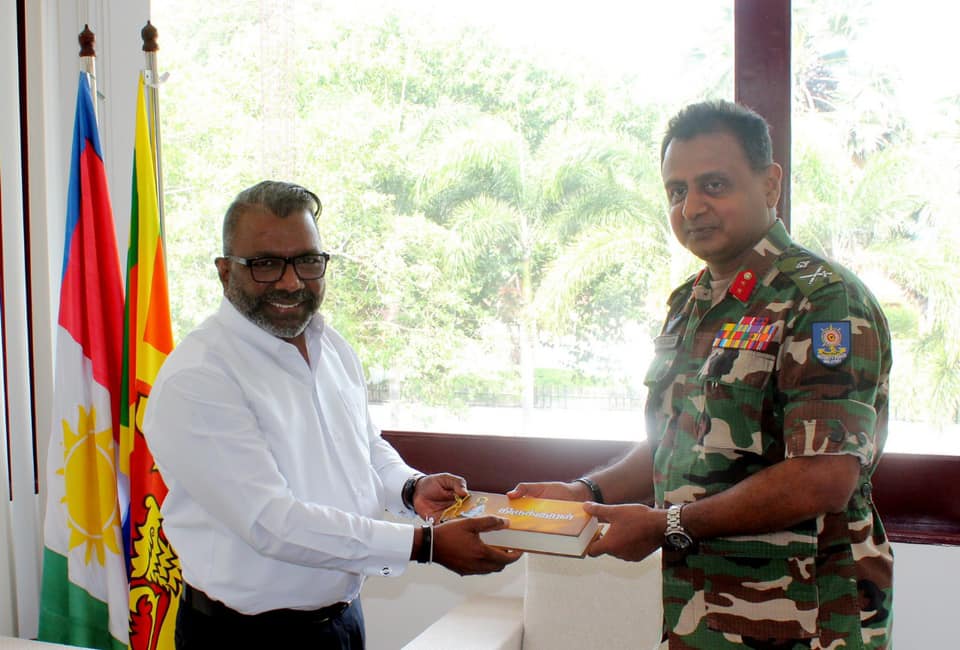 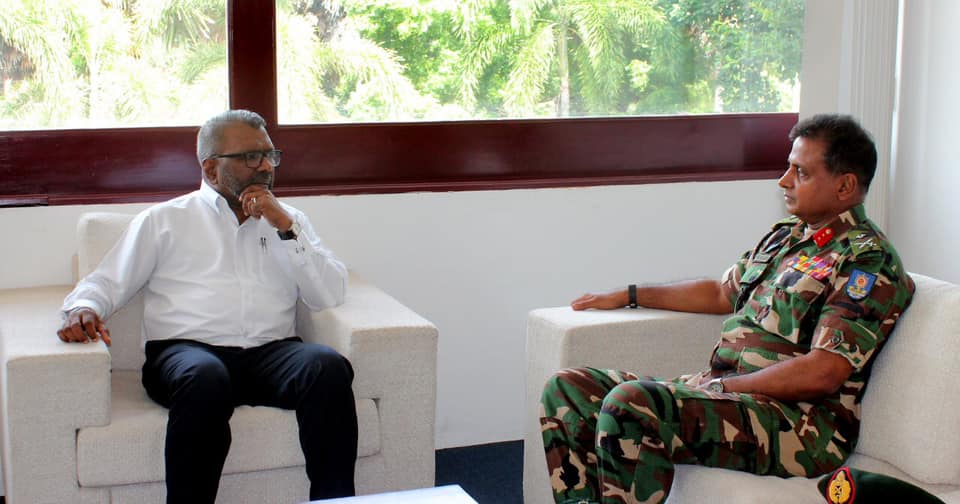