The field day on Introduction of Short aged paddy varieties was held at the field of farmer M.Kunam in Ariyalai East under the chairmanship of Mrs.T.Jegasutha Agriculture Instructor for Nallur AI range on 06.02.2019.

Paddy is normally cultivated as Rain fed cultivation in Jaffna District. This field day was conducted with the objective of Introducing Short Aged Paddy Variety to avoid the crop damage due to drought in the latter part of the cultivation.

The farmer Mr.M.Kunam who was selected for this demonstration cultivated “BG 300” & “BG 310” short aged paddy varieties in an extent of 0.5 acre with broadcasting method. BG 300 paddy variety is tolerant to Brown Plant Hopper damage.

Nallur Agrarian Development Officer S.Gobinath has pointed out that there is a high demand for white rice & Paddy Marketing Board purchase white rice for high price compare to red rice.

Nallur Divisional Secretariat Development Officer G.Sajaruban told that popularizing the 3 month aged variety among Jaffna farmers to help them for overcome the drought and also they can able to cultivate paddy in water shortage areas.

Provincial Director of Agriculture S.Sivakumar has pointed out in Northern Province cultivable land available for Paddy cultivation is 100,000 ha but 95,000 ha is cultivated. Per capita consumption of rice is 105kg/person/year. Population in Jaffna District is about 650,000 and not sufficient paddy production for the population. To achieve self-sufficiency we have to increase the yield by using row seeders. Row seeding help to maintain optimum crop density and leads to minimize Leaf folder & Brown Plant Hopper damage. 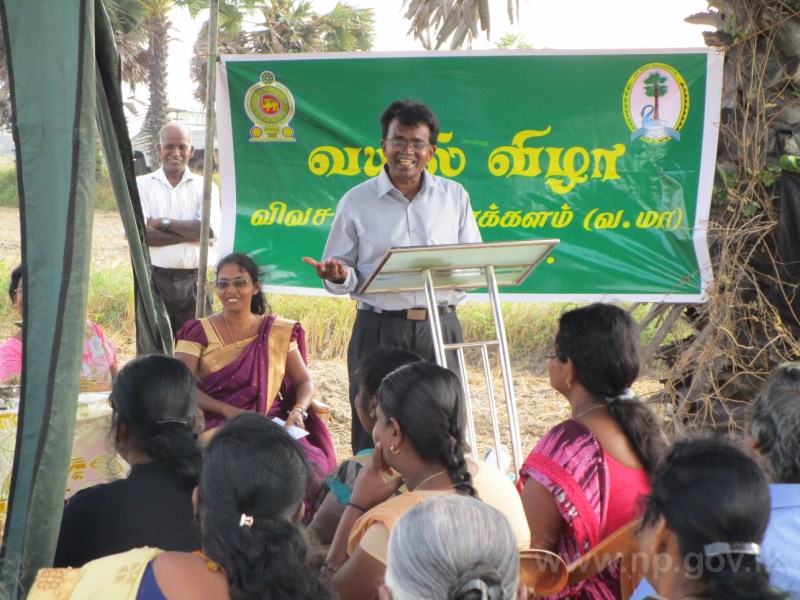 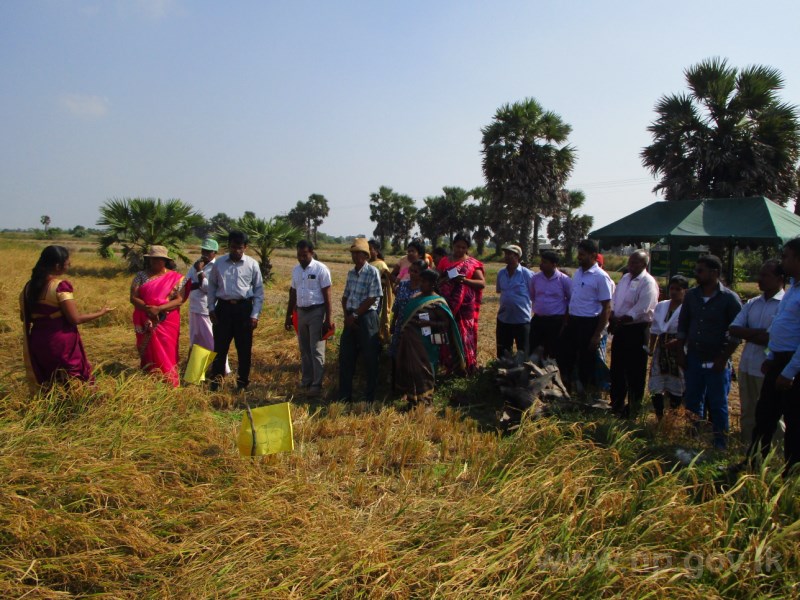 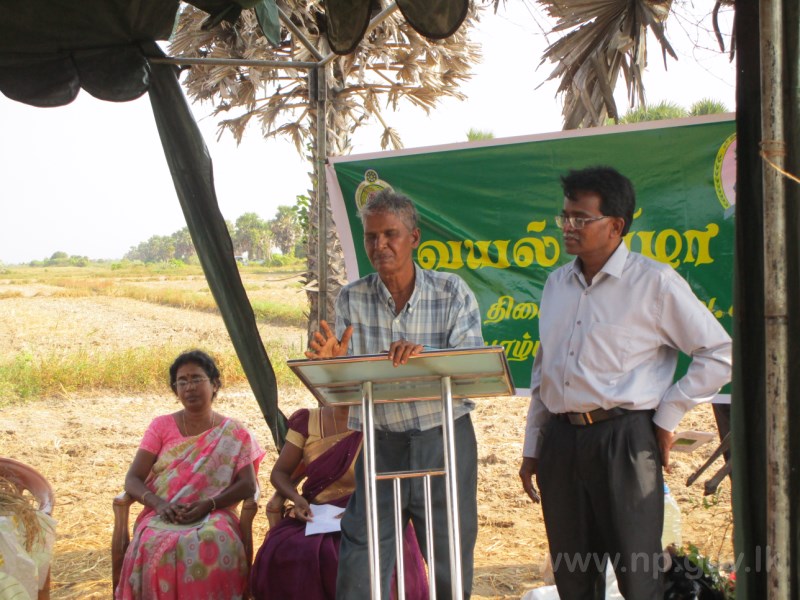 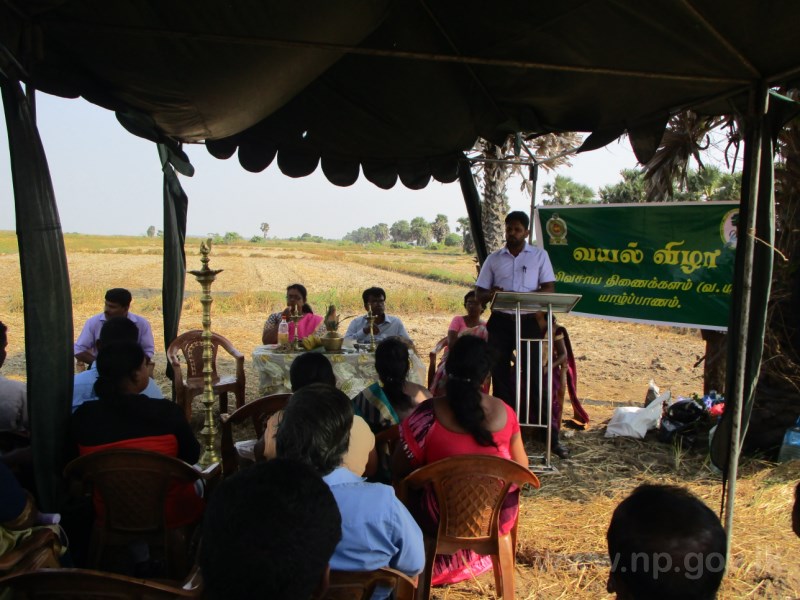 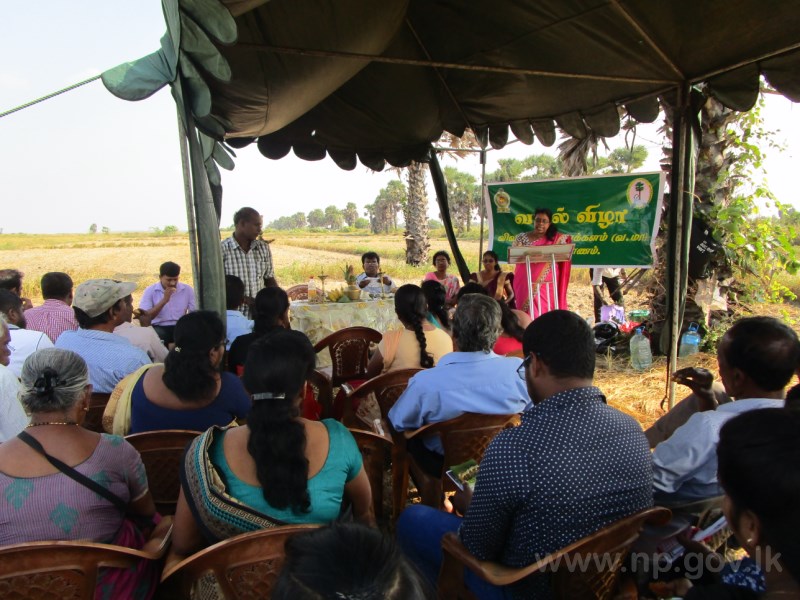