The Ambassador of France to Sri Lanka Eric LAVERTU visited Jaffna and called on Governor of Northern Province Dr. Suren Raghavan at his secretariat in Jaffna today(01).

The Ambassador who visited first time to the north was warmly welcomed by Governor. The Governor briefed him about the current situations of the Northern Province.

The discussion focused on the drinking water issue of the Jaffna district. Governor said that possible ways are being explored. He mentioned that till now, four means have been proposed to sort out the issue. He also requested the French Ambassador to propose any mechanism or plans through his government.

During the discussion, he also requested the France Ambassador to make arrangements for screening the movies that create social talks among the youths of Northern Province.

France Ambassador pointed out that the discussion was very constructive. He said that the French Government would explore the means to assist Northern Province. 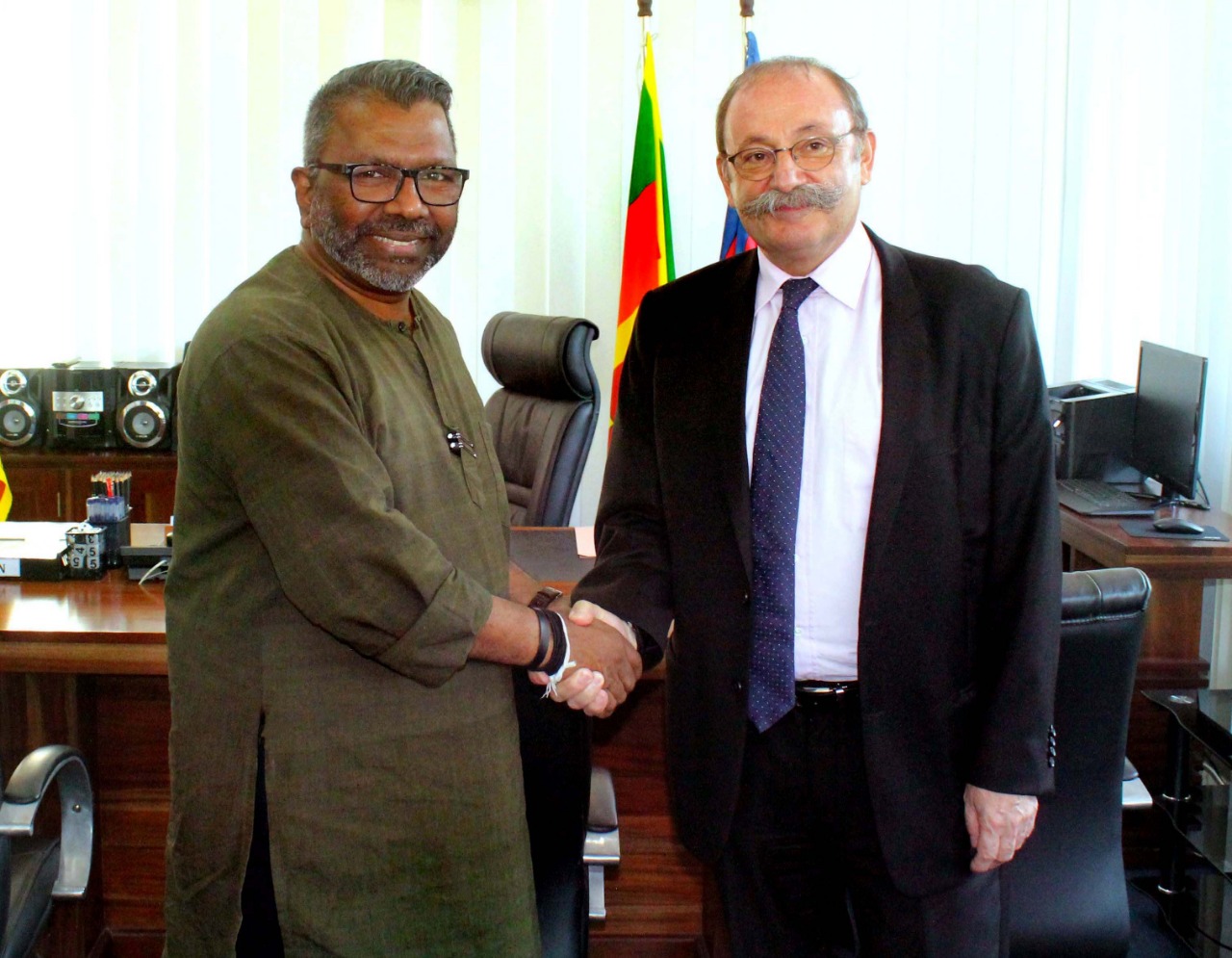