Governor of Northern Province, Dr. Suren Raghavan said that bribery and corruption should be abolished to build democratic and sustainable Sri Lanka. The Government employees and the public should act with responsibility in this regard.

As per the Governor’s conceptualization to abolish bribery and corruption in Northern Province, a seminar was organized today (13) at the Jaffna District Secretariat Auditorium to educate the public and government officials on corruption and how to control them. Governor addressed through digital telecommunication at this seminar which was organized by the Commission to investigate Allegations of Bribery or Corruption.

The Governor pointed out that the officials who involve in corruption escape with the influence but the ordinary level employees are punished. The only way to control the bribery, the corrupted officials should be punished.

Government officials, the members of civil society and organizations and the officials from Commission to investigate the allegation of Briber or Corruption also participated in this workshop today. 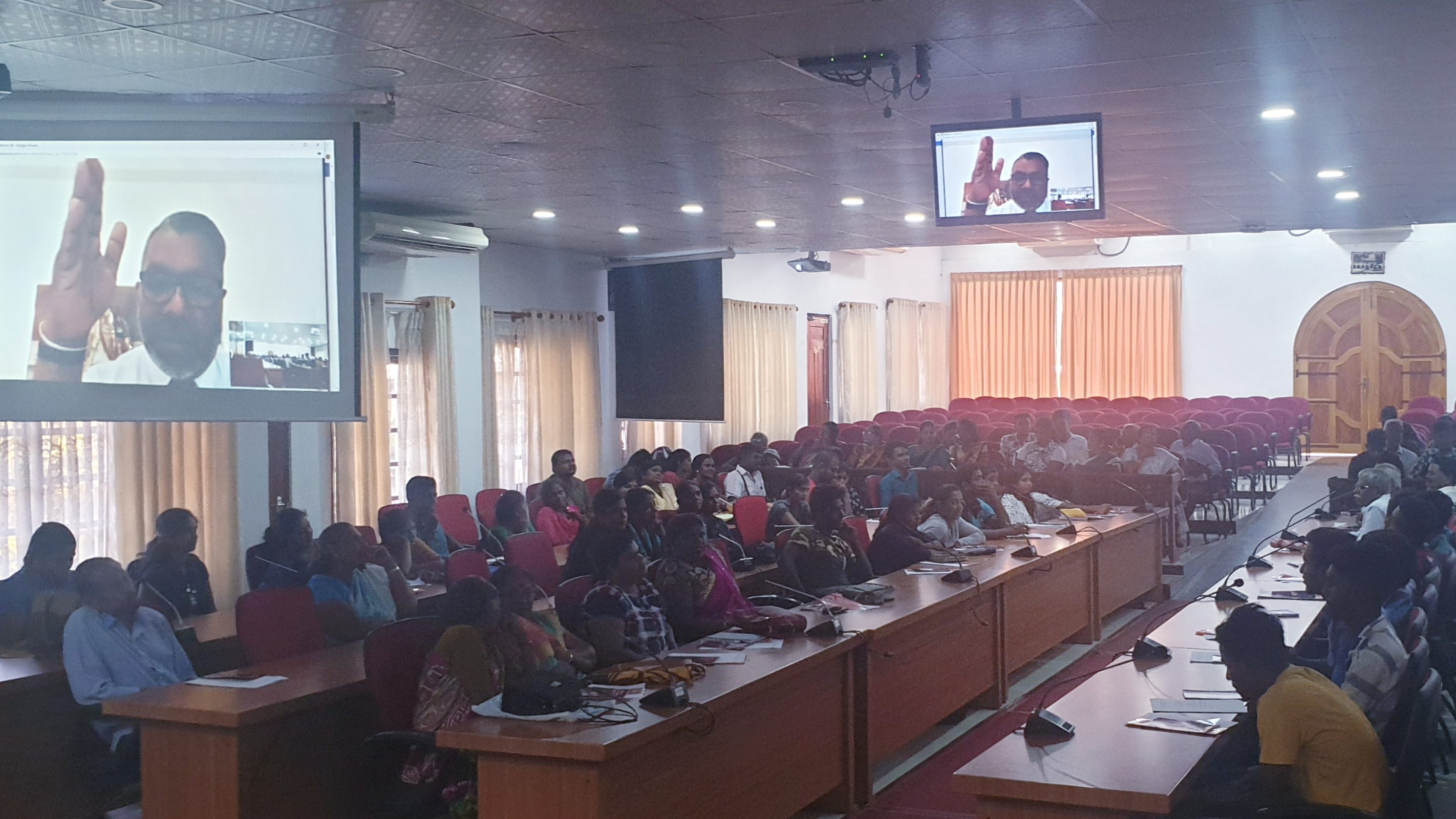