Due to the flood occurred in last December, Kilinochchi district was severely affected. The Governor of Northern Province appointed an investigation team to find the fact whether the Iranaimadu Tank is the main reason for the flooding. Now the investigation team submitted their interim report to the Governor.

The chairperson of the team Engineer Ragunathan met Governor Dr. Suren Raghavan at his office and handed over the report to him.

Secretary to the Governor L.Ilaangovan was also present. 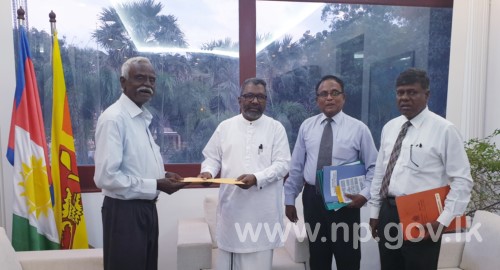