Major General Darshana Hettiarachchi, who has been transferred to Colombo, met the Governor to inform his transfer.

Governor said that during the post-war period, Mr.Hettiarachchi has been the key person of the Jaffna District Security Forces and worked effectively in security and humanitarian activities. Governor thanked and appreciated his service rendered to Jaffna District. He also said that the people of Jaffna will never forget the commander who served friendly with the people. Governor wished the commander requesting him to continue his service as possible as to the country after the retirement too.

Governor presented a memento to the Commander to commemorate this meeting. 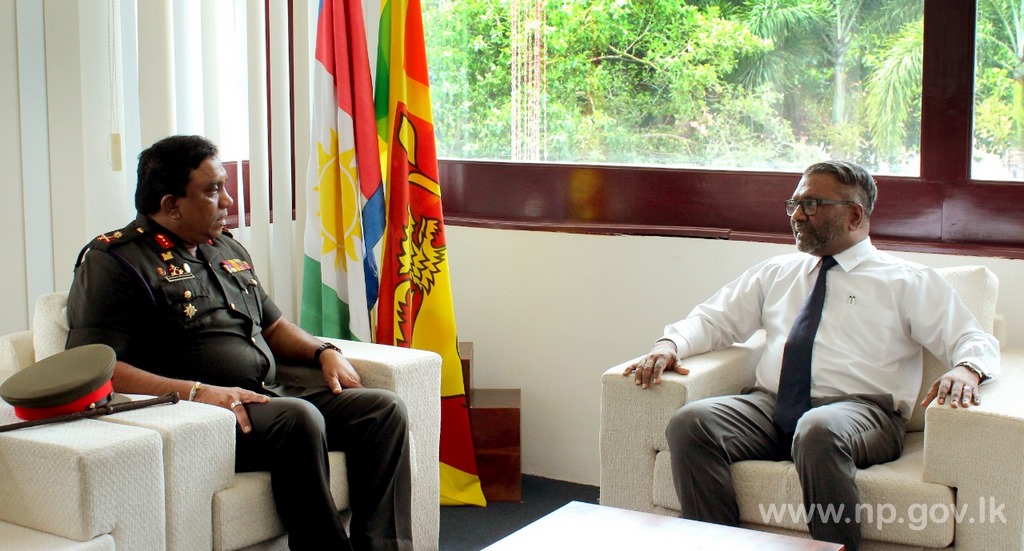 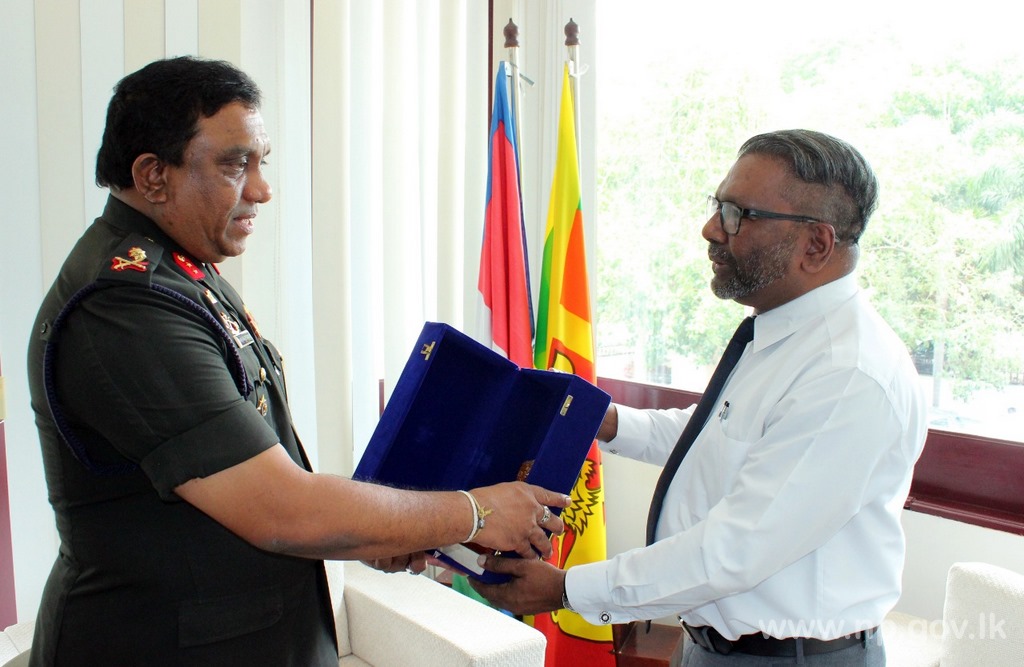 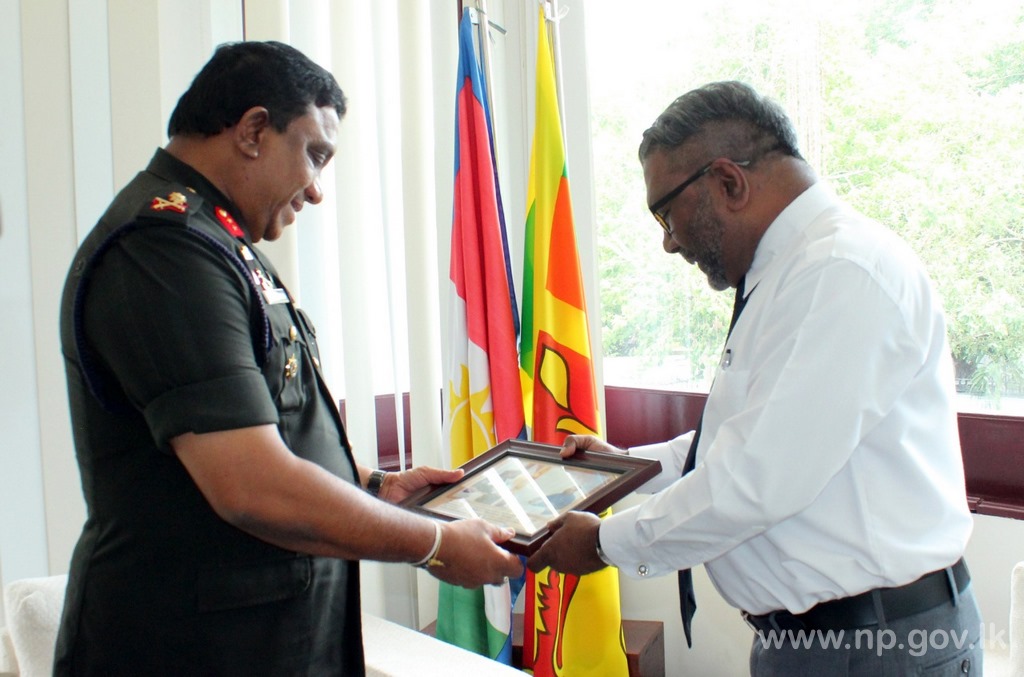