Two new appointments were made on 26 February 2020 at the Governor’s Secretariat in the Northern Province by Secretary to the Governor S. Sathiyaseelan.

Mr. Rajendran Guruparan has been appointed as the Commissioner of the Department of Probation and Childcare Services. He had previously served as the Director of Sports Department, Northern Province.

Meanwhile, Mr. Balan Mugunthan has been appointed as Director of Sports Department. He had previously served as Assistant Director of the Ministry of Agriculture and Fisheries.

They received their appointment letters from Secretary to the Governor. 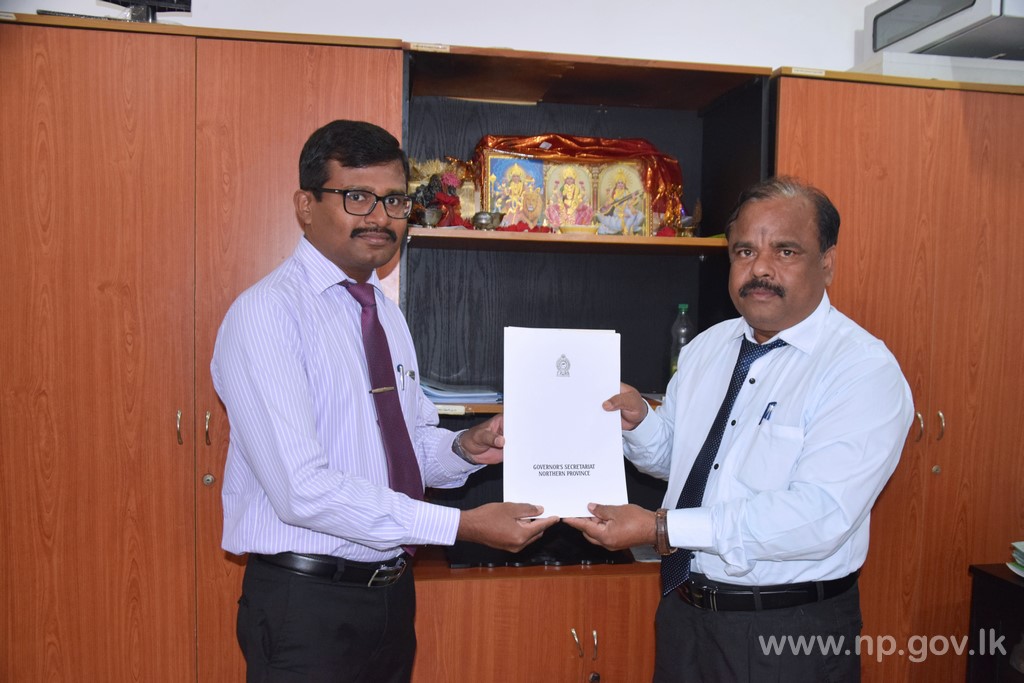 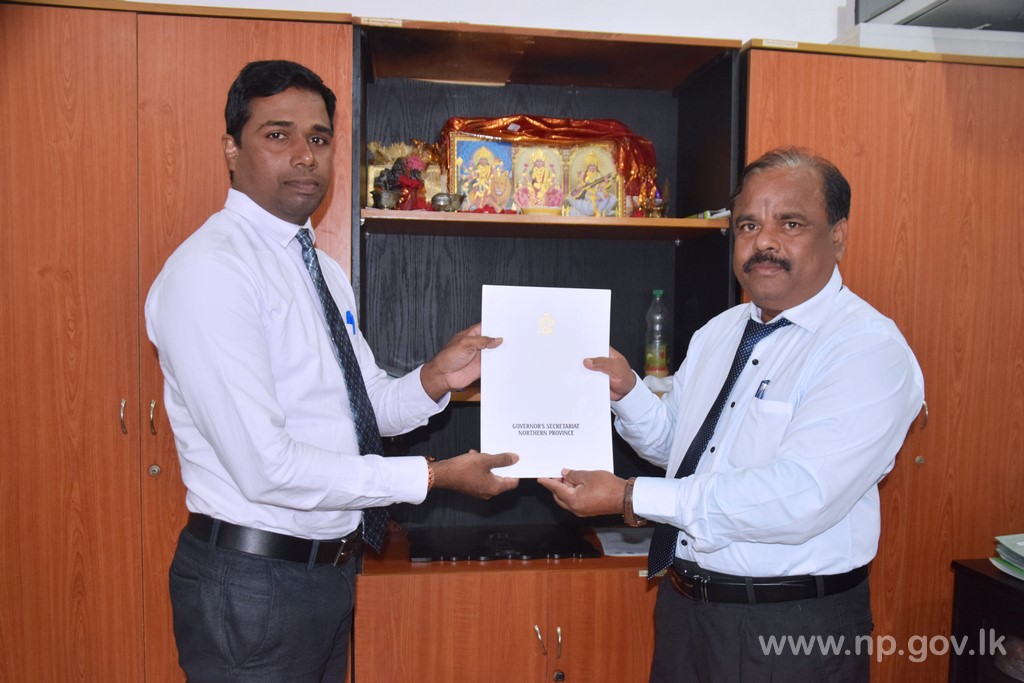