Meeting for the Vavuniya and Mullaitivu District Districts on the National Program for the Development of the Rural Economy under His Excellency the President’s ‘Vision of Prosperity’ Policy Declaration was held at the Vavuniya District Secretariat Conference Hall on 18 March 2021 at 9.30 am.

Responding to a query regarding the release of land acquired by the Department of Wildlife in connection with the problems identified by the department, the Hon. Governor said that the problem regarding them is being continued and it would be a minor problem for the Department of Wildlife but it is a major problem for the people. Therefore, it was requested that the concerned departments should visit the relevant places again with the District Government Agent and Divisional Secretaries in accordance with the conditions of the Gazette and identify the places belonging to the Wildlife Departments. Responding to the issue, the Hon. Minister of Agriculture promised to visit the respective places on April 27 with the heads of the respective departments and resolve all issues.

The Hon. Minister of Agriculture also stated that the funds required for the construction of the elephant protection fence will be allocated to the relevant District Secretaries and Rs. 3.3 billion will be allocated for the agriculture sector in Vavuniya, Mullaitivu and Mannar districts. Further, Rs. 5 lakhs loan will be provided to the farmers at an interest rate of 4%.

The Hon. Governor also drew the attention of the Hon. Minister to the fact that the Vavuniya, Mullaitivu, and Mannar District Departments of Agriculture employ the retired employees and it will be difficult to bring them back effectively in the future. She also emphasized that there were not enough seeds in stock and that steps should be taken to increase them. Activities such as improving and monitoring the tourism industry in the Northern Province seem to be poor and that steps should be taken to upgrade the quality of hostels in the Northern Province. 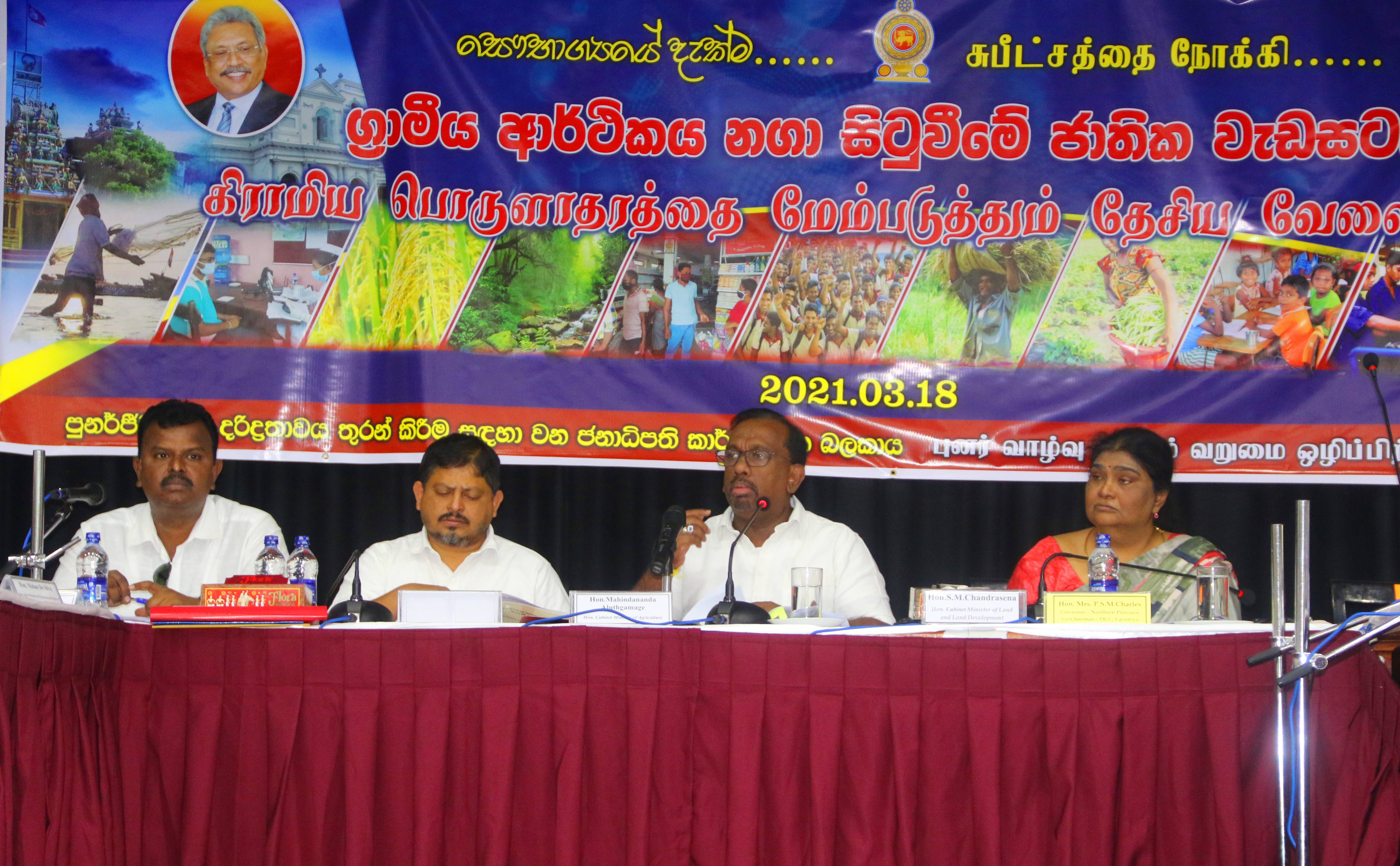