3 tanks from each district of the province, totally 15 tanks will be renovated. At first phase 11.65 Mn rupees has been allocated by the Ministry of National Policies, Economic Affairs, Resettlement and Rehabilitation, Northern Province Development and Youth Affairs.

These tanks will be deepened and widened during the renovations works. After the renovation, they will be handed over to the farmers.

Secretary to the Governor, Government Agent of Mullaitivu District, Secretary of Agriculture Ministry, Asst. Commissioner of Agriculture Department, Divisional Secretaries of Kilinochchi and Jaffna DS Offices, relevant government officials, and Representatives of Farmers Associations from five districts were also present in this meeting. 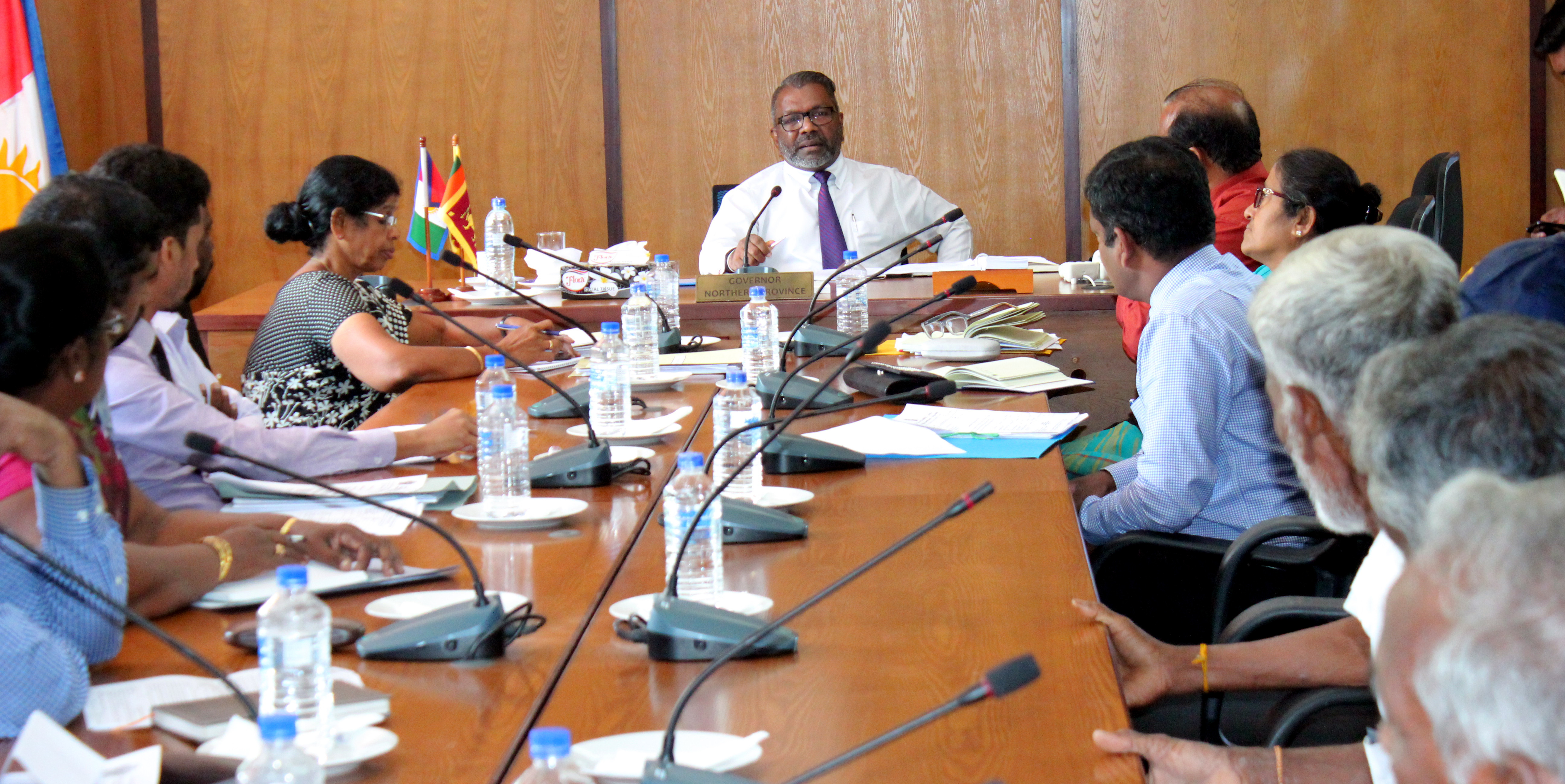 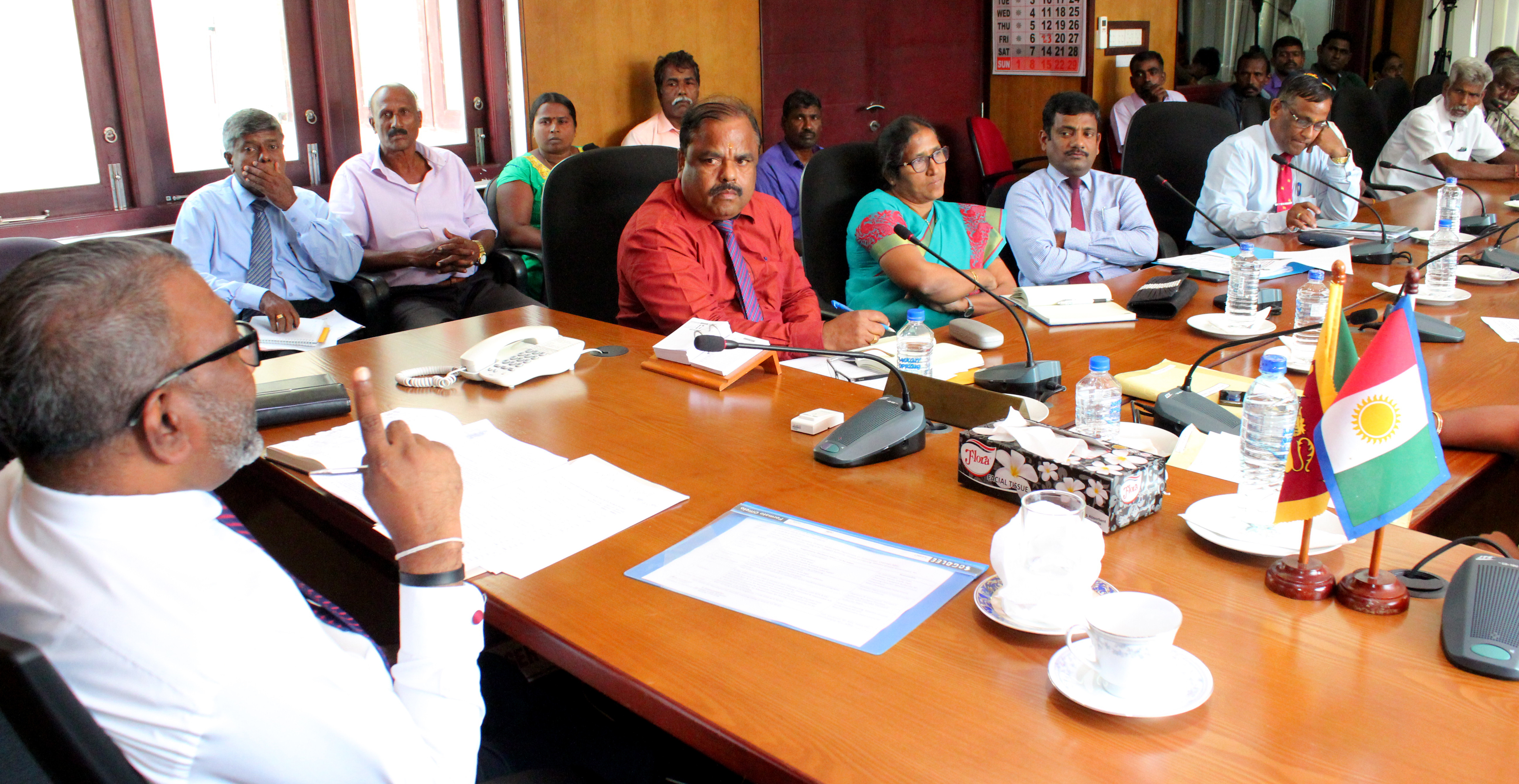