District Coordinating Committee Meeting of Mannar was held on 17th December 2020 at 9.30 am at the District Secretariat Auditorium under the chairmanship of the District Government Agent. The discussion was attended by the Hon. Governor of the Northern Province Mrs. PSM Charles, Hon. Parliamentarians of Mannar District Kathar Masthan, Charles Nirmalathan, Thileepan, Additional Government Agent of the District, Heads of Departments under the Northern Province, Divisional Secretaries, Police and Naval Officers, and District Secretariat Officers.

Commenting on the inaugural event, the Hon. Governor of the Northern Province said that Jaffna and Kilinochchi districts were the worst affected by the past war. Mannar district is not affected to such an extent but the infrastructure facilities are relatively limited. The Hon. Governor pointed out that the main reason for this was the lack of good planning by those responsible and urged the relevant authorities to ensure that the activities and plans for the future are in order.

Paddy and fisheries are the major livelihoods of the district. However, due to the lack of infrastructure facilities to preserve them in the district, the value of these products is not added. Therefore, the people of the district are affected. The relevant authorities should take the necessary steps for the development of the district with better planning in this regard.

Commenting on the education and health sectors, the Hon. Governor assured that the issues in personnel and building facilities required in this regard would be addressed soon. Steps have been taken by the Ministry of Health to recruit staff for the shortage of doctors and nurses. Also, a proposal has been submitted to the Indian High Commissioner to set up two hospital buildings in the Mannar district. He promised to get a very positive response in this regard.

The current situation of Covid-19 in the Mannar district, the damage caused by the recent storm, and the measures taken were also examined in this meeting. The problems faced by the departments in this regard were discussed in detail. In particular, agriculture, education, health, fisheries, road development, illegal soil excavation, Indian fishermen’s occupancy in the sea, shortage of cadre in departments, lack of infrastructure, rehabilitation projects of tanks and villages, co-operative development activities, illegal land encroachment, and many other issues in the district were discussed.

Hon. Governor also said that the production of all crops except paddy in the Northern Province will increase by 10% this year. Legal provisions have been made to avoid disasters. The Hon. Governor urged the officials to take appropriate legal action against those who violate these provisions and conserve nature. She also assured that the occupancy of Indian fishermen will be dealt with expeditiously as soon as possible. Appropriate steps have been taken to allocate pastures in the Northern Province. Police have been directed to take legal action in an impartial manner against those who cut palmyrah trees without proper permission and involve in logs smuggling and submit a report in this regard. 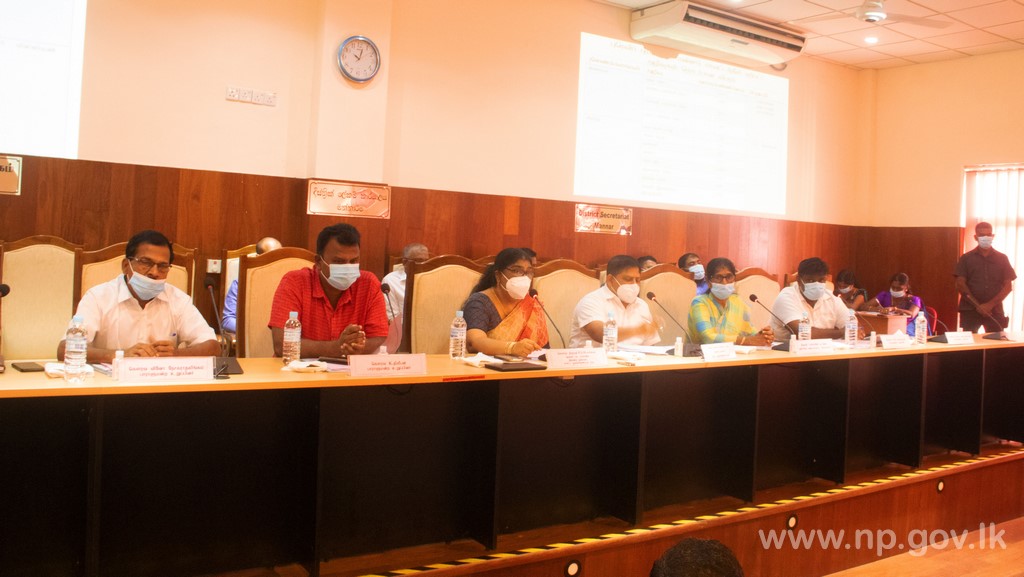 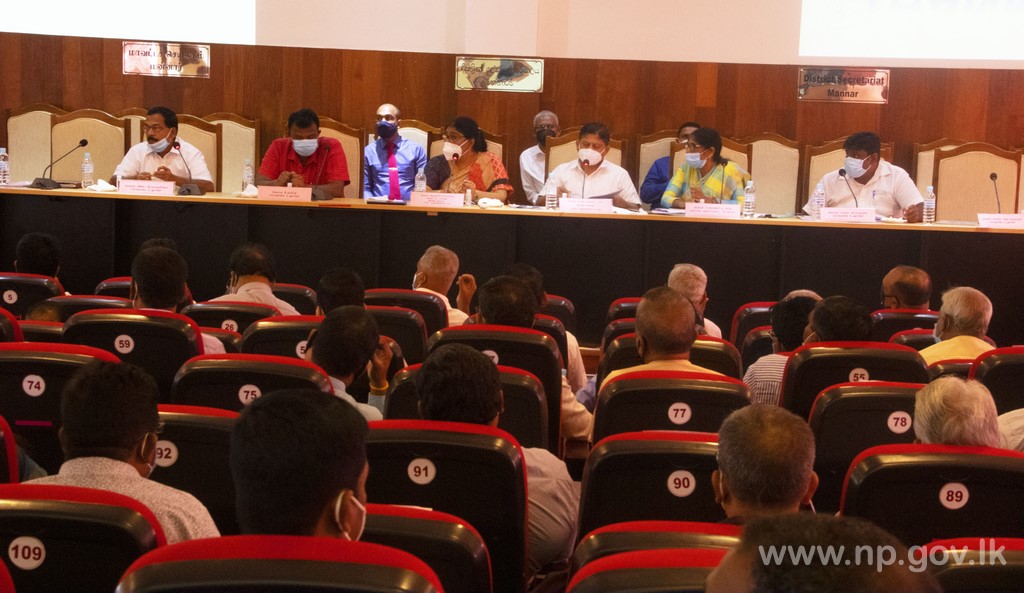 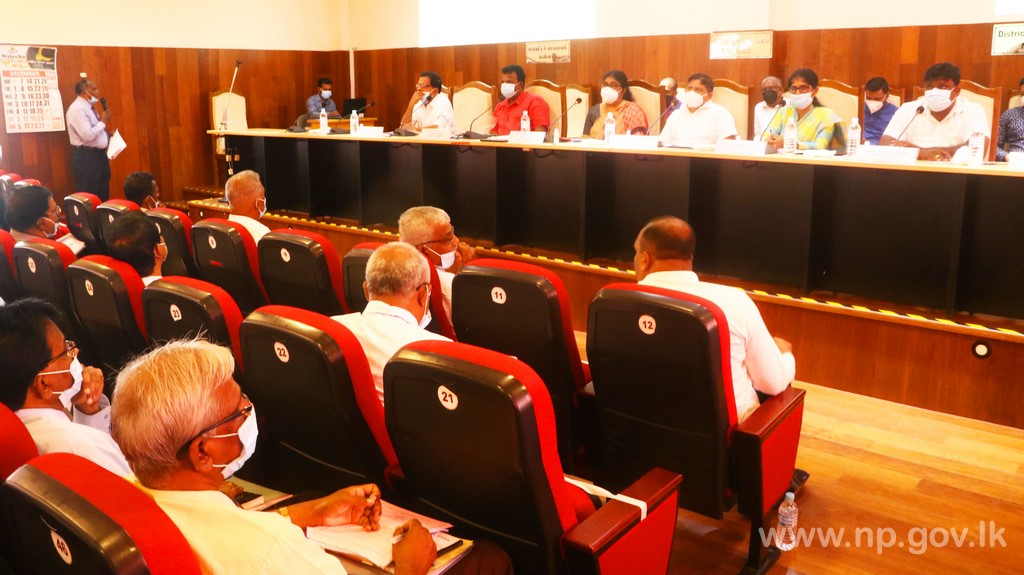 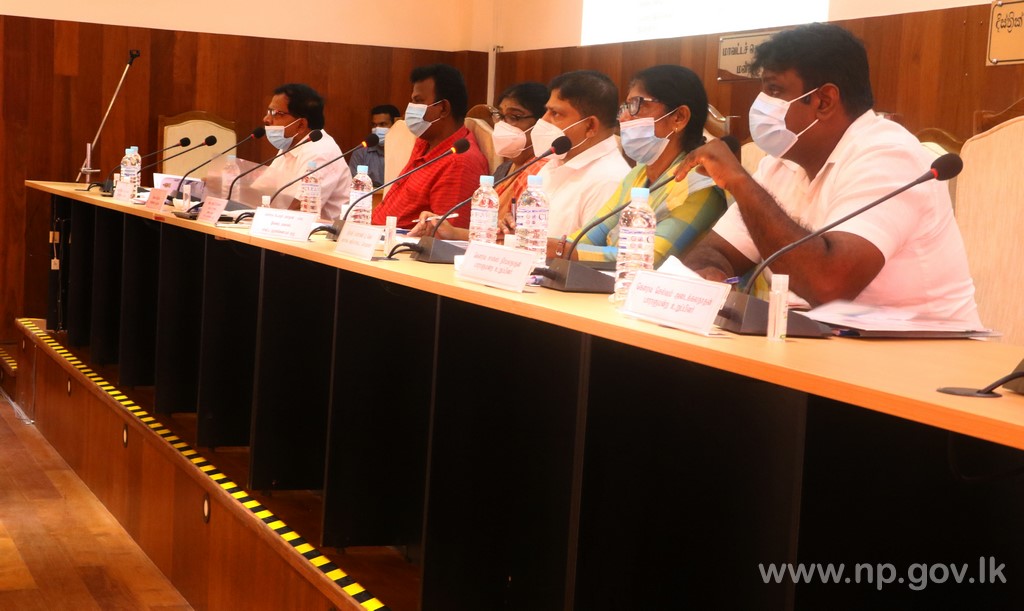