The lands and water resources of Northern Province and the issues related to them were discussed in details. Governor instructed the relevant people to submit the report of the complete details of the state and private lands released from the security forces from the year 2009 in all five districts, the details of the resettled people in the lands, the housing schemes and other assistance provided for them.

Secretary to the Governor L.Ilaangovan, District Secretaries of Jaffna, Mullaitivu, Mannar and Vavuniya and Additional Government Agent of Kilinochchi, and the Divisional Secretaries of the districts also attended the meeting. 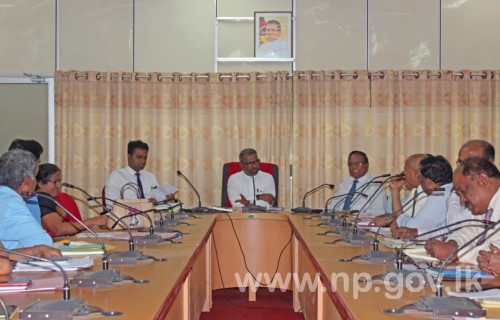