A special discussion on i Road project was held on 11th of May 2021 at 10 am at Conference Hall of the Governor’s Secretariat under the Chairmanship of Governor of the Northern Province Hon.Mrs.P.S.M Charles.
The Chief Secretary of the Northern Province, the Secretary to the Governor, Assistant Secretary to the Governor, the Coordinating Secretary to the Governor, the commissioner of Local Authority, the Commissioner of Urban Council, officials related to the Road Development Authority and Heads of the Department were also present at the discussion.
While discussed about the 17 Contracts which took place in Northern Province, the Hon’ble Governor said that when designing plans for the construction of roads need to consider the drainage, electricity and water supply system. Further she advised that Urban Council, Municipal Council and Pradeshiya sabha should conduct discussion with the particular residents before the construction of the roads in order to avoid such problems in near future and she added, Municipal councils should consider about the future developments while issuing permits for the construction of buildings.
Following that, Hon’ble Governor inquired about the progress of i Road project in Jaffna district. She instructed the officials to obtain the information regarding the quantity of sand and to get the permits from the respective Government Agents in order get the sand and gravel legally.
While discussed regarding the i Road projects in Kilinochchi District, she requested to publish gazette notification, exhibit sign boards and to instruct the police officials regarding this in order to ban the heavy loaded vehicle in the rural roads.Further, she advised to design projects according to the population of the Northern Province.
Further, she inquired about the status of the i Road projects in Mullaitivu,Vavuniya and Mannar. 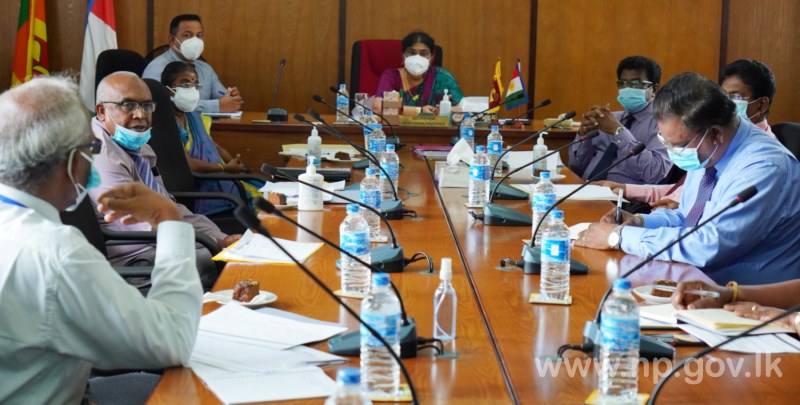